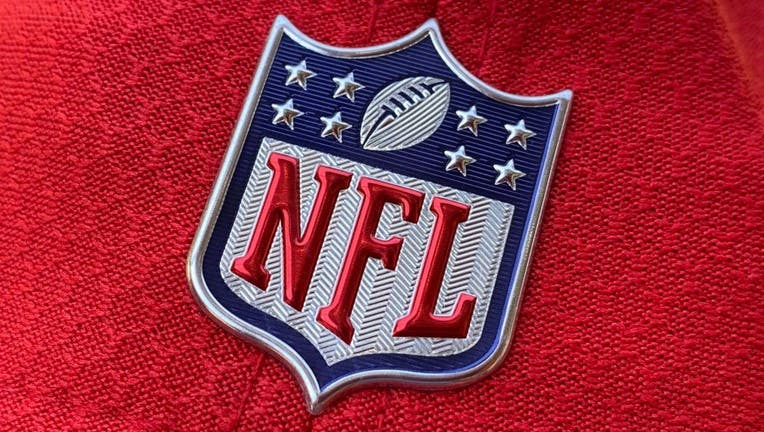 The official NFL logo is seen on the back of a hat in Los Angeles on July 21, 2020. (Photo by CHRIS DELMAS/AFP via Getty Images)

NEW YORK - NFL Commissioner Roger Goodell has warned the league's 32 teams of penalties including potential forfeits of games for violations of COVID-19 protocols that force changes in the regular-season schedule.

In a memo sent to the teams Monday after a conference call involving NFL and club executives, Goodell reiterated the need to adhere fully to all of the league's health and safety guidelines.

“Protocol violations that result in virus spread requiring adjustments to the schedule or otherwise impacting other teams will result in additional financial and competitive discipline, including the adjustment or loss of draft choices or even the forfeit of a game,” Goodell wrote in the memo obtained by The Associated Press.

“Simply put, compliance is mandatory. Now is the time to recommit ourselves to our protocols and best practices for the duration of the season.”

The NFL was forced to reschedule Sunday's game between the Steelers and Titans when Tennessee had the league's first coronavirus outbreak, which has affected 20 organization members, including 10 players. That game was moved to Week 7, causing adjustments that also impacted the Baltimore Ravens.