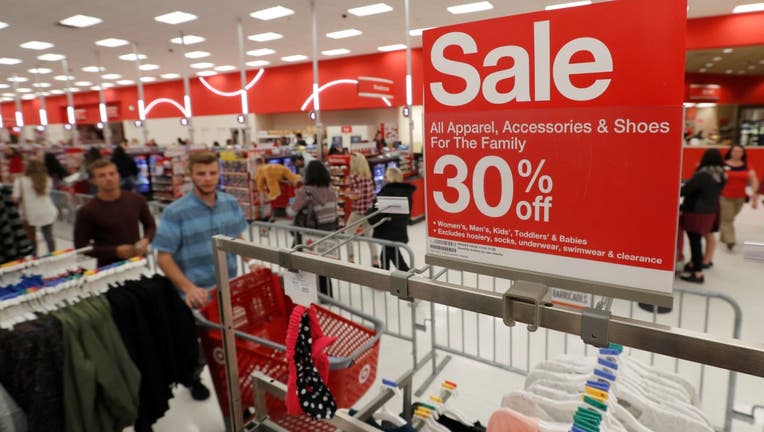 FILE PHOTO: Shoppers checks out "Black Friday" deals at a Target on November 24, 2016 in Orem, Utah. Retailers kicked off the unofficial start of the holiday season with sales that in many instances began on the Thanksgiving holiday. (Photo by George

The Minneapolis-based retailer on Thursday revealed Target Deal Days will be the biggest event yet with hundreds of thousands of deals on "must-have items" and other goods from Oct. 6-8.

Deal Days is earlier than it's ever been, with Target saying they're aiming to make this easier than ever for shoppers this season. Target says it will continue offering deals on some items throughout the holiday season.

Target is also starting its annual Holiday Price Match Guarantee on Oct. 6, coinciding with the start of Deal Days, so shoppers won't have to worry about if they're getting the best price – if an item goes on sale later, Target will price match it. The retailer's price match goes through Dec. 24.

"The holidays are a treasured time when our guests come together with family and friends to celebrate the joy of the season, and we’re here to make that as easy as possible for them to enjoy," Christina Hennington, executive vice president and chief growth officer at Target, said in a statement. "That’s why we’re rolling out deals earlier than ever and ensuring our team is ready to help our guests shop when and how they want. Throughout the season, guests will discover new and differentiated items for gifting and gathering, including only-at-Target owned brands and must-have national brands, and they can expect great deals and everyday low prices at every turn for an unmatched holiday shopping experience."

The news of Target Deal Days and Holiday Price Match Guarantee comes a week after Target unveiled its list of 50 must-have toys for the holidays and the return of its partnership with FAO Schwarz.