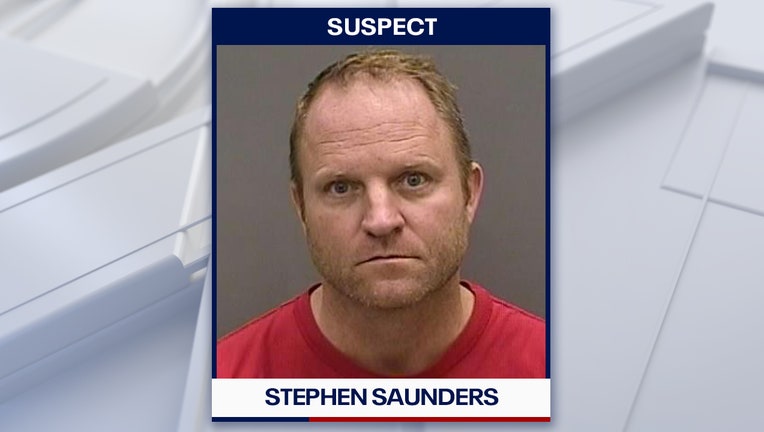 TAMPA, Fla. - A Tampa man became "enraged" after a teen driver cut off his Porsche while driving on Florida Avenue, police said. He ended up punching the 16-year-old while they were at a red light.

Police said the confrontation occurred on Dec. 16 around 10:30 p.m. They said the teen girl accidentally cut off 47-year-old Stephen Saunders’ Porsche while they were on the Tampa roadway. They said he followed her to the Henderson Avenue intersection.

There, police said Saunders cut in front of the teen’s vehicle at the red light. He exited his Porsche 911, approached her vehicle, and yelled, "What the f--- are you doing? You stupid b----! You cut me off!" according to his arrest affidavit.

Police said the teen heard him since her windows were rolled down. Saunders reached into the vehicle through the open window and "punched her in the face with a closed fist." The teen had bruising on the left side of her jaw, according to the police department.

The young victim was able to identify Saunders’ vehicle, with police describing it as "distinct." He had a white and black convertible with "911" printed on the driver’s side door. Investigators said they were able to track Saunders down and the victim identified him.

Saunders was booked into Hillsborough County Jail on Dec. 18 and bonded out the following day. According to jail records, he is a self-employed investment banker.

He faces a charge of burglary with assault or battery.