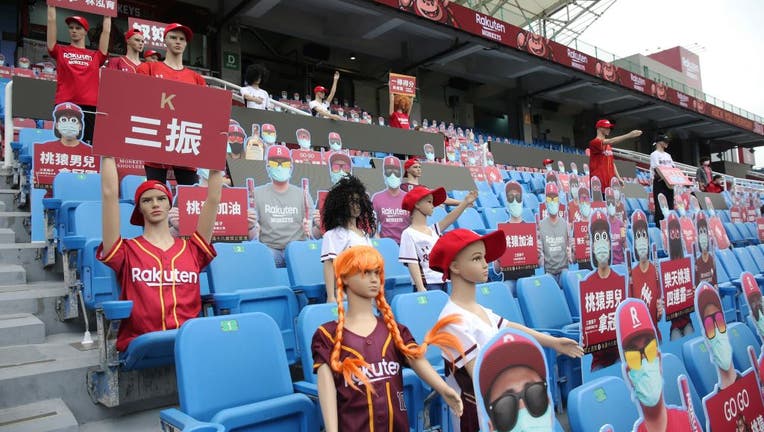 Mannequins and fake masked audience placards are placed at the Taoyuan Baseball stadium before the opening match for the Chinese Professional Baseball League (CPBL) in Taoyuan on April 11, 2020. (Photo by ALEX LEE/AFP via Getty Images)

The baseball season got underway in Taiwan on Sunday with one team playing in front of mannequins and cardboard cutouts in the stands.

The mannequins were decorated with hats and shirts of the home team the Rakuten Monkeys.

The stands even had cardboard cutouts of dogs, cats and even robots with musical instruments. 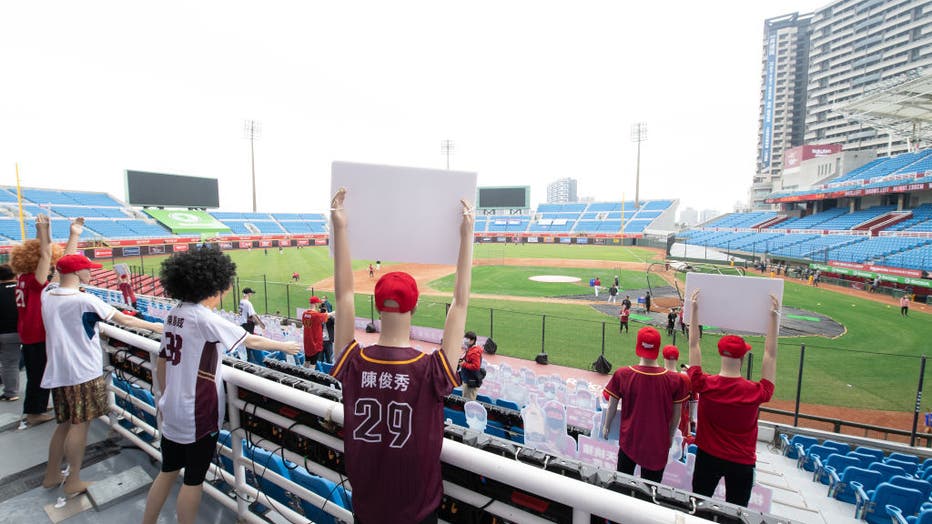 Cardboard cutouts of fans and robots at the courtside prior to the CPBL season-opening game between Rakuten Monkeys and CTBC Brothers at Taoyuan International Baseball Stadium. (Photo by Gene Wang/Getty Images)

Some even held signs over their heads.

The league did at least allow cheerleaders, bringing in real live humans to root for their teams from the sidelines. 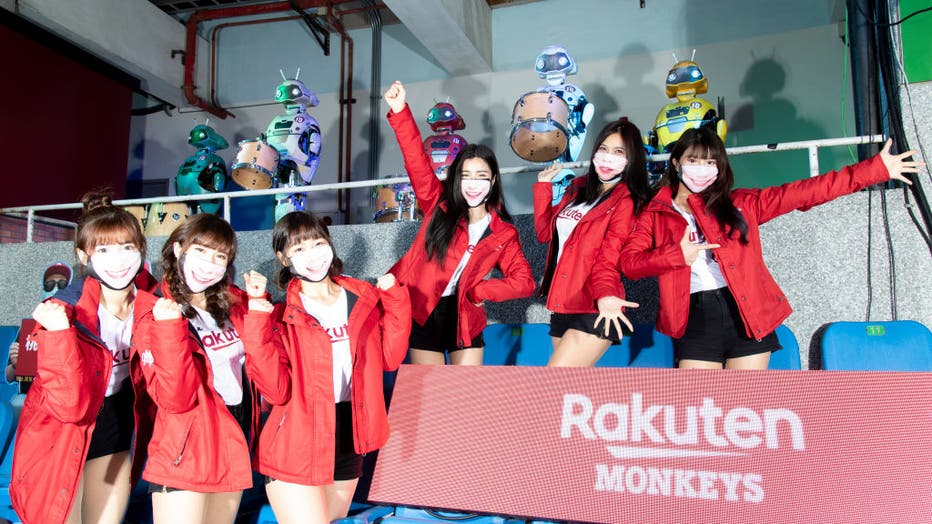 Rakunten girls and the robot cheerleading team poses prior to the CPBL season opening game between Rakuten Monkeys and CTBC Brothers at Taoyuan International Baseball Stadium on April 11, 2020 in Taoyuan, Taiwan. (Photo by Gene Wang/Getty Images)

Players had to have their temperatures taken before the game.