The NYPD is asking for the public's help identifying two suspects in a string of violent robberies in Brooklyn.

NEW YORK - The NYPD is asking for the public's help identifying two suspects in a string of violent robberies in East New York.

In the most recent incident on Feb 23, the suspects put a gun to a 17-year-old smoke shop clerk on Fulton Street before taking cash from the register, two cell phones, a watch and an Apple iPad, according to police. The suspects took off on a bicycle. 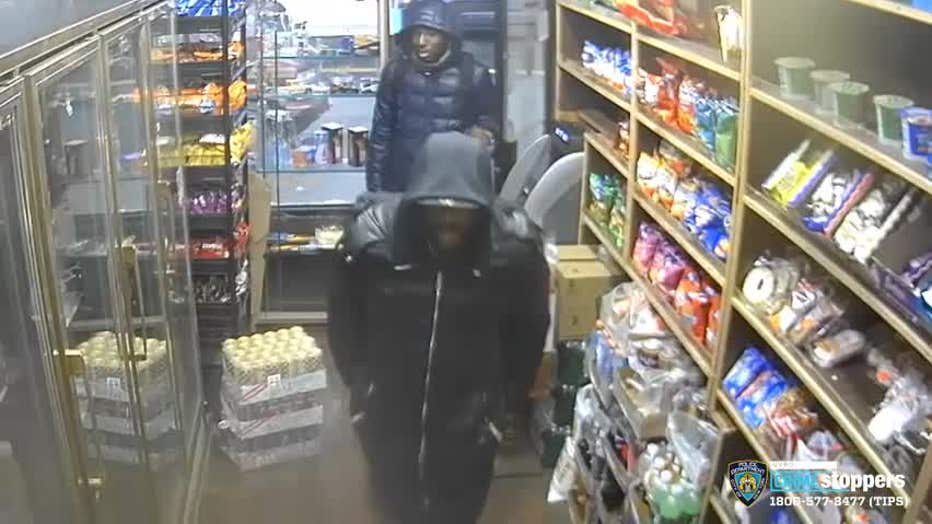 The suspects threaten their victims with a gun, according to police.

On Feb. 17 at about 11:05 p.m., the suspects assaulted a food delivery man by hitting him on the head with a gun, said police. They also stole money from the victim before taking off on his electric bike.

On Feb. 13 at about 2:40 p.m., the suspect threatened a store clerk on Jamaica Avenue with a gun before taking money and the victim's cell phone, according to cops. They fled westbound on Jamaica Avenue. Both were wearing blue jackets at the time of the robbery.

If you recognize the men from the surveillance video or know anything about the incidents, you're encouraged to contact the NYPD Crime Stoppers at any of the following: