A man accused of storming into a rabbi's home and stabbing five people as they celebrated Hanukkah in an Orthodox Jewish community north of New York City was raised to embrace tolerance but has a history of mental illness, his family said.

NEW YORK - A man accused of storming into a rabbi's home and stabbing five people as they celebrated Hanukkah in an Orthodox Jewish community north of New York City was raised to embrace tolerance but has a history of mental illness, his family said.

“Grafton Thomas has a long history of mental illness and hospitalizations. He has no history of like violent acts and no convictions for any crime,” his family said late Sunday in a statement issued by attorney Michael Sussman. “He has no known history of anti-Semitism and was raised in a home which embraced and respected all religions and races. He is not a member of any hate groups.”

“We believe the actions of which he is accused, if committed by him, tragically reflect profound mental illness,” the statement said.

“Finally, we express our deepest concern and prayers for those injured physically and otherwise deeply affected by the events of Saturday night. ... We thank those who rendered medical attention to each of those injured.”

Police tracked a fleeing suspect to Manhattan and made an arrest within two hours of the attack Saturday night in Monsey. Thomas had blood all over his clothing and smelled of bleach but said “almost nothing” when officers stopped him, officials said. 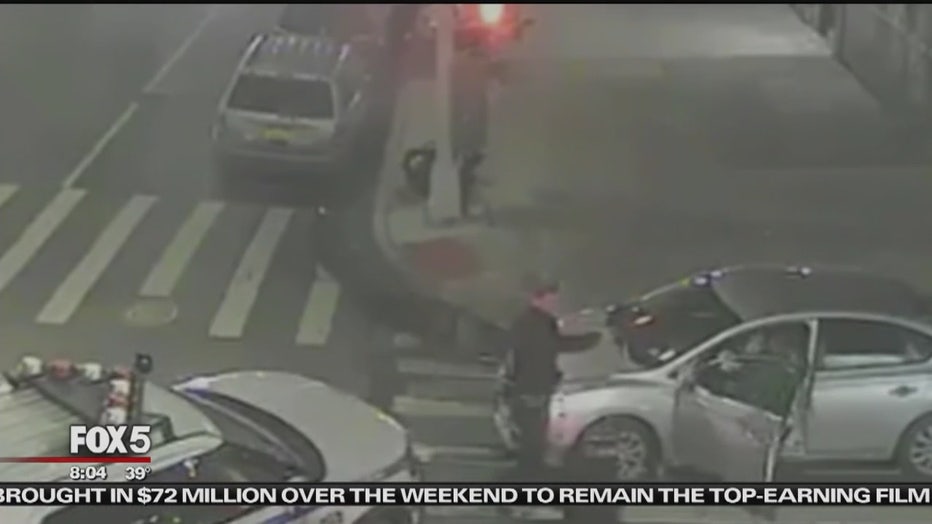 Police say they tracked a fleeing Grafton Thomas to Harlem and made an arrest within two hours of the attack Saturday night in Monsey. (NYPD)

Republican President Donald Trump condemned the “horrific" attack, saying in a tweet Sunday that “We must all come together to fight, confront, and eradicate the evil scourge of anti-Semitism."

The stabbings on the seventh night of Hanukkah left one person critically wounded, Democratic Gov. Andrew Cuomo said. The rabbi's son was also injured, he said.

Thomas, 37, was arraigned Sunday and pleaded not guilty to five counts of attempted murder and one count of burglary. Bail was set at $5 million, and he remains jailed. 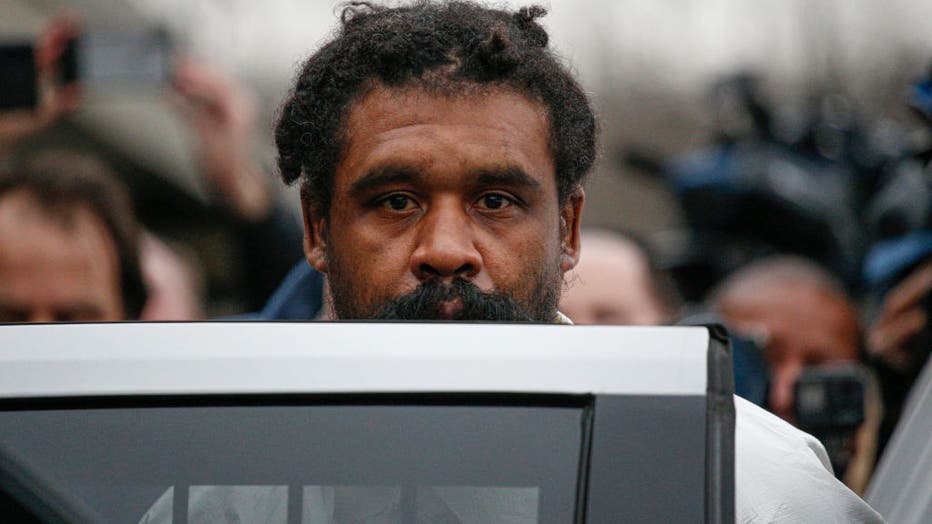 Thomas' criminal history includes an arrest for assaulting a police horse, according to an official briefed on the investigation who was not authorized to discuss the matter publicly and spoke to The Associated Press on condition of anonymity. A lawyer representing Thomas at the arraignment said he had no convictions.

The Greenwood Lake street where Thomas lived with his mother, about 20 miles (32 kilometers) from Monsey, was blocked with police tape Sunday as FBI agents and police officers carried items from their home.

The FBI was seeking a warrant to obtain his online accounts and were scouring digital evidence, the official said.

The attack was the latest in a string of violence targeting Jews in the region, including a Dec. 10 massacre at a kosher grocery store in New Jersey. Last month in Monsey, a man was stabbed while walking to a synagogue.

According to the official briefed on the investigation, authorities do not believe Thomas is connected to recent anti-Semitic incidents in New York City.

“We believe the actions of which he is accused, if committed by him, tragically reflect profound mental illness,” the statement said.

The Simon Wiesenthal Center said it wants the FBI to create a special task force.

Monsey, near the New Jersey state line about 35 miles (56 kilometers) north of New York City, is one of several Hudson Valley communities that has seen a rising population of Hasidic Jews in recent years.

At a celebration in Monsey on Sunday that was planned before the shooting, several members of the community stood guard armed with assault-style rifles. They refused to give their names when approached by an AP journalist, but they said they were there to defend their community.

“The Jewish community is utterly terrified," Evan Bernstein, the regional director of the Anti-Defamation League of New York and New Jersey, said in a statement. “No one should have to live like this."