Suspect in custody after attacking 3 travelers at SFO, police remove knife from scene

A suspect is in custody Friday evening after three people were attacked at SFO's international terminal, officials say. Police were seen removing a large knife from the crime scene. The victims suffered minor cuts and scrapes.

There is a large police presence at the scene. A KTVU reporter who is covering the Warriors' homecoming at the airport, said the victims suffered cuts and scrapes and that a large knife was removed from the scene. 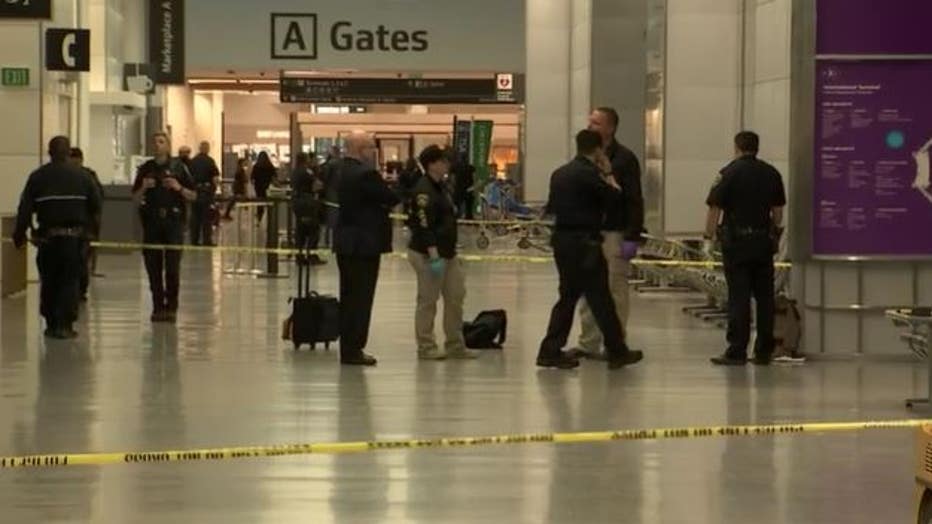 According to San Francisco police, an "adult male drove a vehicle to the San Francisco International Airport and entered the terminal," at around 6 p.m. Police said the man walked around the departure terminal and pulled out an "edged weapon." He then assaulted three male victims, police said.

An SFO spokesperson said the individual in the pre-security public area of the International Terminal attempted to cause injury to several passing travelers. The suspect was arrested, and three passengers were treated for minor cuts and scrapes before continuing on their travels. There was no other impact to the airport's operations.

Police said the suspect's identity, nor the pending charges, are being disclosed at this time due to the ongoing active investigation. There was no known motive for the attack.

There were no further details immediately available. We will follow this story as it develops.