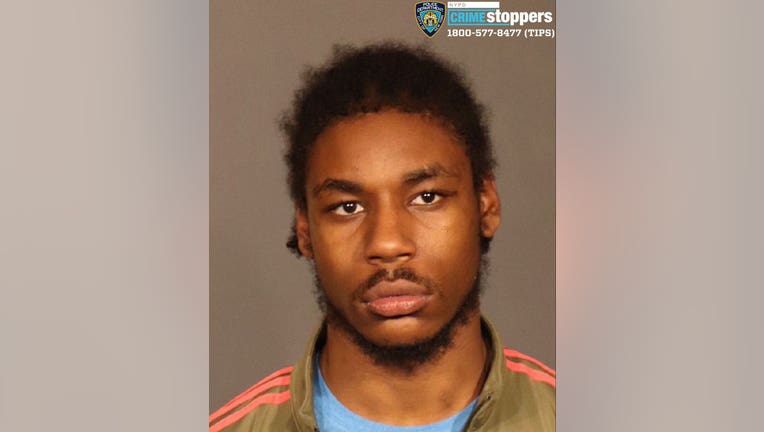 New York City police say a robbery suspect is still at large a day after he escaped custody while being booked.

Police say 20-year-old Tyquan Ellison was in handcuffs when he bolted at around 11:30 a.m. Monday.

Police say he was being walked into central booking in Brooklyn when he escaped. His name was not immediately released.

Several schools in the area were put on alert during an hours-long manhunt Monday. A police spokesman says Ellison had not been captured as of Tuesday afternoon.

He is described as black, approximately 5'11", 170 pounds, with black hair.  He was last seen wearing an olive green track jacket with red stripes, light blue jeans and black sneakers.

Police ask that anyone who sees him call the NYPD's Crime Stoppers Hotline at 1-800-577-TIPS.