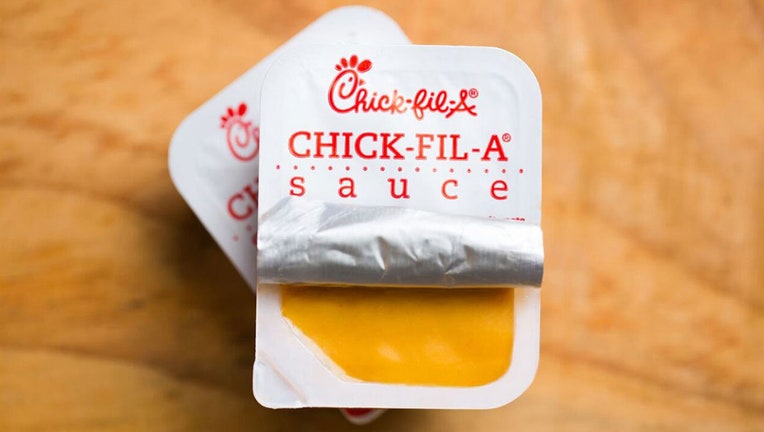 NEW YORK - Say goodbye to that extra Chick-fil-A sauce -- at least for now.

Chick-fil-A is one of several restaurant chains reporting that it is affected by industrywide supply chain shortages.

In some locations, the chain is reportedly limiting the number of sauces that customers can receive with their meals.

According to an email sent to customers and obtained by WTRF, Chick-fil-A will limit customers to one sauce per entree,  two sauces per meal, and three sauces per 30-count nuggets.

"We apologize for any inconvenience," Chick-fil-A said in a statement on its website.

The company says it is working to fix the issue.

"Due to industry-wide supply chain disruptions, some Chick-fil-A restaurants are experiencing a shortage of select items, like sauces.

Moe’s Southwest Grill, McAllister’s Deli, and sandwich chain Schlotzsky’s have all announced that some items may be temporarily unavailable because of the supply chain shortages.

The news comes after Heinz warned that it is having a shortage of ketchup packets due to supply chain issues.

The chicken industry also says it is having trouble with chicken supplies nationwide that could bring skyrocketing prices.

There have been shortages of flour from the great baking boom early on during quarantine when many Americans tried baking sourdough bread during the pandemic.

And more people consuming alcohol and buying beverages for at-home consumption led to a global shortage of aluminum cans.