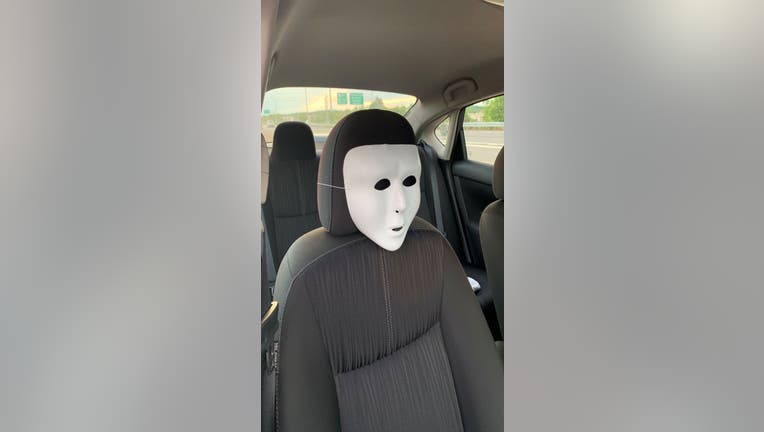 NEW YORK - A man from Long Island was ticketed Wednesday for a unique take on carpooling.

Suffolk County Police say that Justin Kunis, 20, of Lake Grove, was ticketed after he was caught driving in the HOV lane on the Long Island Expressway with a mask attached to his front passenger seat.

Authorities say that an officer was driving along the expressway near the Sagtikos Parkway at exit 52 at around 7:15 p.m. when he became suspicious of the front seat passenger of a 2017 Nissan sedan.

The officer stopped the car and found that Kunis had attacked a mask to the front passenger headrest in an attempt to make it look like there was a passenger in the vehicle with him.

Kunis was ticketed for the HOV lane violation.