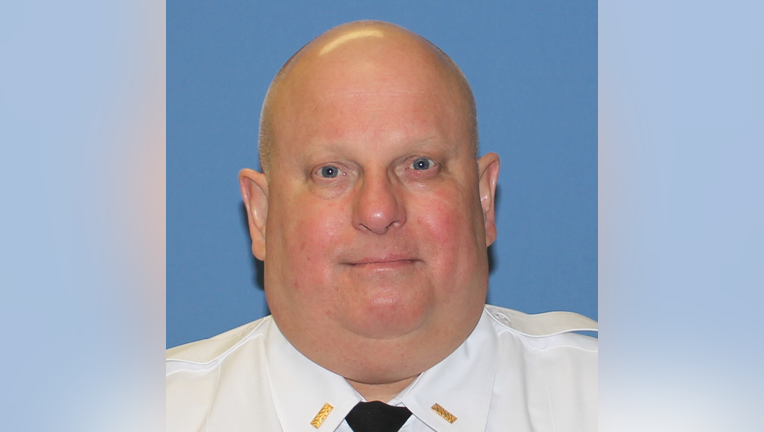 LONG ISLAND - The Suffolk County Police Department has announced the death of its first member due to COVID-19.

Suffolk police say that Lt. Robert Van Zeyl died on January 20 after having tested positive for the virus on January 3.

According to a statement released by the department, Van Zeyl joined the Suffolk County Police Department in 1985 and joined the 5th Precinct after graduating from the academy. He was promoted to Sergeant in 1994, and then to Lieutenant in 2003 and had served as the Commanding Officer of the Applicant Investigation Section and the Administrative Services Bureau before moving to the Second Precinct in 2015.

One school district on Long Island shows FOX 5 NY its plan to keep COVID-19 out of its schools.

"It is with great sadness that we mourn the loss of an exceptional member of our law enforcement family, Lieutenant Robert Van Zeyl," Suffolk County Executive Steve Bellone said. "Lt. Van Zeyl’s more than three decades of exemplary service are a testament to his commitment to public service, and even in the midst of a global pandemic, he was on the frontlines every day helping residents in need. Our thoughts and prayers are with the entire Van Zeyl family during this difficult time."

During his nearly three-decade career serving the public, Van Zeyl received dozens of recognitions for his work, including winning the Cop of the Month honor twice.

"It is truly heartbreaking to lose a member of our department, doubly so personally given the fact that I have known Bob for my entire career," Suffolk County Police Chief of Department Stuart Cameron said. "Thirty-six years ago, we were sworn in together and became Suffolk County Police officers; his entire adult life was dedicated to public safety. Bob’s passing exemplifies the multifaceted dangers that members of our department face every day to keep the residents of our county safe. Our department grieves his loss along with his family."

"The Suffolk County Police Department has not only lost a great police officer, but we’ve lost a great boss, and more importantly, a great friend," said Sergeant Jack Smithers, who worked with Van Zeyl in the Second Precinct. "He will be sorely missed by all."