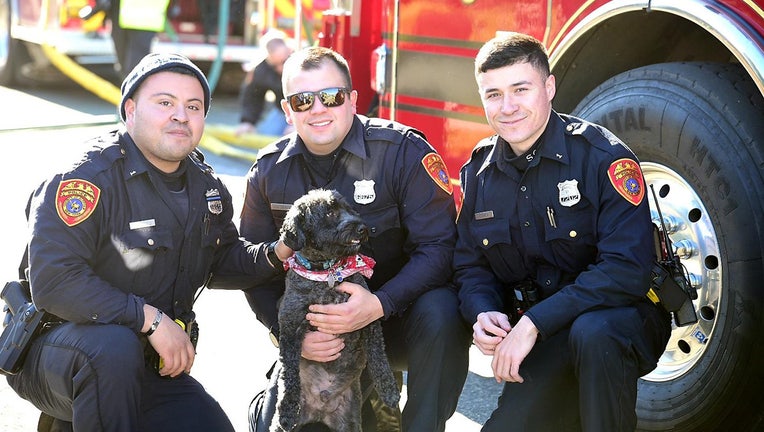 NEW YORK - Three Suffolk County Police officers rescued a dog that was trapped in a house fire in Deer Park.

Officers responded to a 911 call reporting a fire around 11:45 a.m. Monday.  They arrived to find thick black smoke coming from the Homer Ave. home.

Someone who lived there told officers that the family pets, a dog and cat, were still inside the house.

Castillo found the dog and handed it to Goldbach, who brought the animal outside.

Officers continued to search for the cat but it got out of the house on its own and was not hurt.

All three officers were taken to South Shore University Hospital in Bay Shore for treatment of smoke inhalation.

The dog was reunited with its family outside and there were no other injuries reported.  The cause of the fire is under investigation.