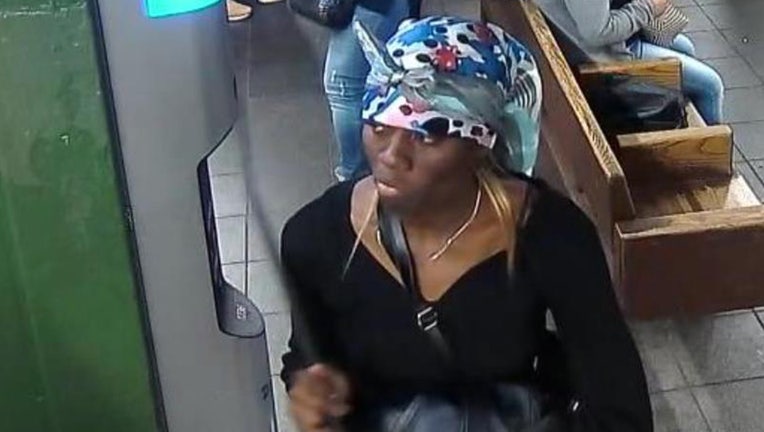 The NYPD released a photo of a woman wanted for shoving a woman into the side of a moving train.

NEW YORK - A woman accused of seriously injuring another woman in a Manhattan subway station when she pushed her into a moving train was arraigned on Wednesday.

Her next court hearing is set for Friday.  Egengbara is being represented by a public defender.

The attack took place as a train entered the Times Square subway station on Monday morning.

The train was coming to a stop when police say Egegbara attacked another woman just after 8 a.m., the NYPD said. The victim, after being struck by the train, fell back onto the platform and sustained serious physical injuries to her face and legs.

The NYPD released a security camera video showing the attacker sitting on a bench on the platform, quickly standing up, and then shoving an individual who is mostly off-camera. The video shows the assailant then walking away.

"This unprovoked attack was senseless and absurd. The City needs to provide additional mental health services to assist those who may endanger themselves and others," MTA Acting Chief Communications Officer Tim Minton said.

The NYPD released security camera video footage showing a woman shoving another woman on a platform in the Times Square subway station.