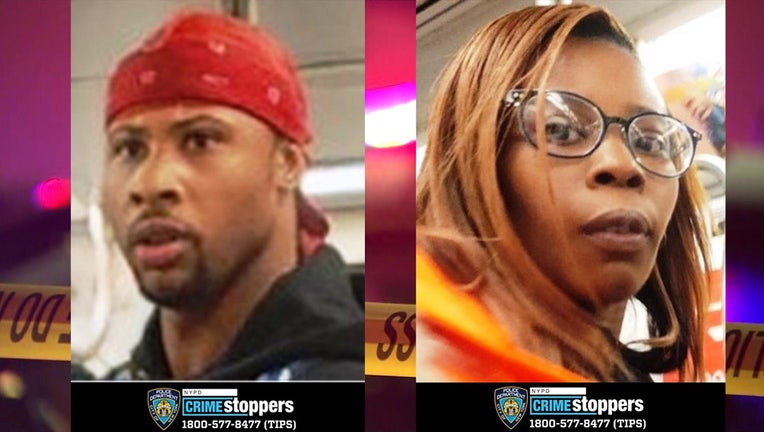 NEW YORK - UPDATE: Police on Monday arrested Reginald Matthews, 31, and charged him with assaulting a victim 65 and older in connection with this Oct. 27 attack.

EARLIER REPORT: The NYPD is hunting for a pair of suspects who brutally beat a 78-year-old man on a subway train on the Upper West Side on Thursday.

According to authorities, at around 3:30 p.m. police responded to a 911 call of an assault in progress at the 96th Street and 7th Avenue Subway station.

Upon arrival, officers were told that the victim was riding a southbound 1 train nearing the 96th Street subway station when he asked an unknown person on the train playing music on a speaker to turn down the volume.

The unknown person and his companion then allegedly began to punch the man in the face multiple times.

The victim sustained bruising and lacerations to his face and was taken to Mount Sinai St. Luike's Hospital in stable condition.

The suspects remained on the train and are believed to have gotten off at the 34th Street subway station.

The NYPD has released cellphone photos of the two suspects.

One is described as a man with a dark complexion, athletic build and a goatee, standing roughly 6'0" tall and weighing 185 lbs. He was last seen wearing a black hooded sweatshirt with a graphic on the front, a red bandana, gray jeans, a multicolored backpack, and white sneakers.

The second suspect is described as a woman with a dark complexion, medium build, long brown hair, and brown eyes. She was last seen wearing a black hooded jacket with a fur lining, a black t-shirt, orange sweatpants, black sneakers and wearing black glasses.

The MTA is going to hire private security guards in part of its effort to crack down on fare evasion in the NYC subway system.