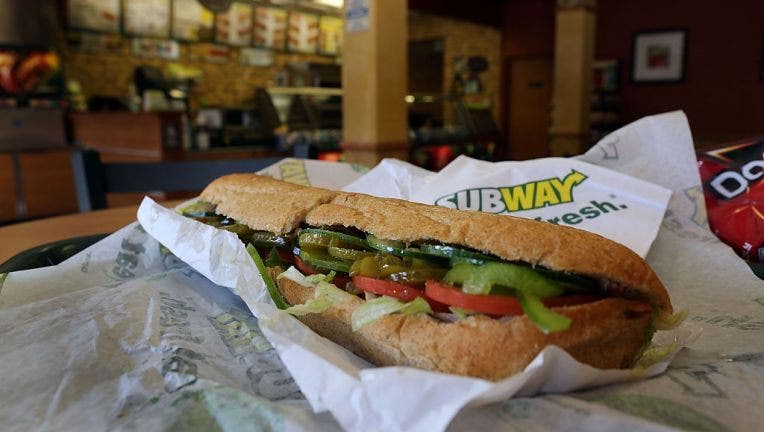 The Irish Supreme Court says the bread used in Subway sandwiches has too much sugar for VAT tax exemption. (Photo by Joe Raedle/Getty Images)

NEW YORK - Ireland’s Supreme Court has ruled that bread sold by the fast-food chain Subway contains so much sugar that it cannot be legally defined as bread.

The ruling came in a tax dispute brought by Bookfinders Ltd., an Irish Subway franchisee, which argued that some of its takeaway products - including teas, coffees, and heated sandwiches - were not liable for value-added tax.

A panel of judges rejected the appeal Tuesday, ruling that the bread sold by Subway contains too much sugar to be categorized as a “staple food,” which is not taxed.

“There is no dispute that the bread supplied by Subway in its heated sandwiches has a sugar content of 10% of the weight of the flour included in the dough, and thus exceeds the 2% specified,” the judgement read.

The law makes a distinction between “bread as a staple food” and other baked goods “which are, or approach, confectionery or fancy baked goods,” the judgement said.

Bookfinders was appealing a 2006 decision by authorities who refused to refund value-added tax payments. Lower courts had dismissed the case before it reached the Supreme Court.

Subway restaurants in Ireland have six varieties of bread (excluding tortilla wraps), according to the company’s Irish website.

Calorie counts for the six breads are not listed on Subway’s “September 2020 United Kingdom & Ireland” nutrition facts list, which can be downloaded from its website.

For the sake of comparison, the U.S. has 13 bread varieties (excluding its 2 tortilla wraps) which range between 120 and 220 calories, 2 and 5 grams of sugar and 1 and 5 grams of total fat.