NEW JERSEY - Students and staff from East Side High School in Paterson got the surprise of their lives when they were approached by actor Sylvester Stallone just as they were visiting the Rocky Balboa statue outside the Philadelphia Museum of Art.

The Oscar winner was reportedly filming a commercial near the statue based on one of his most iconic characters for Super Bowl LIV.

“I see Sylvester Stallone actually walking toward me,” vice principal John Super III told NJ.com. “I’m saying ‘No, no, this isn’t really him. This is probably just a lookalike.’”

"When Eastside High School students went to Philadelphia on a field trip this week, they didn’t expect to meet one of the city’s most-memorable movie icons," wrote Paterson Public Schools on its Facebook page. Courtesy: Paterson School District

Stallone, 73, posted video of the happy encounter with the stunned students and staff members from the high school's Culinary Arts, Hospitality, and Tourism School. Many are seen hugging and shaking hands with the Hollywood star. "Gather around," said Stallone."It's always great to be home here." In the caption, he referred to the group as the GREATEST fans in the world.

"Eastside High School students went to Philadelphia on a field trip this week, they didn’t expect to meet one of the city’s most-memorable movie icons," wrote the District on its Facebook page.

"As Paterson Superintendent of Schools, I want to personally thank Mr. Stallone for taking a few moments to spend time with our students," she said . "His example reminds everyone that a gesture of kindness and caring can make a world of difference in how a person feels. And what he did this week in Philadelphia made all of us here in Paterson feel terrific," she said. 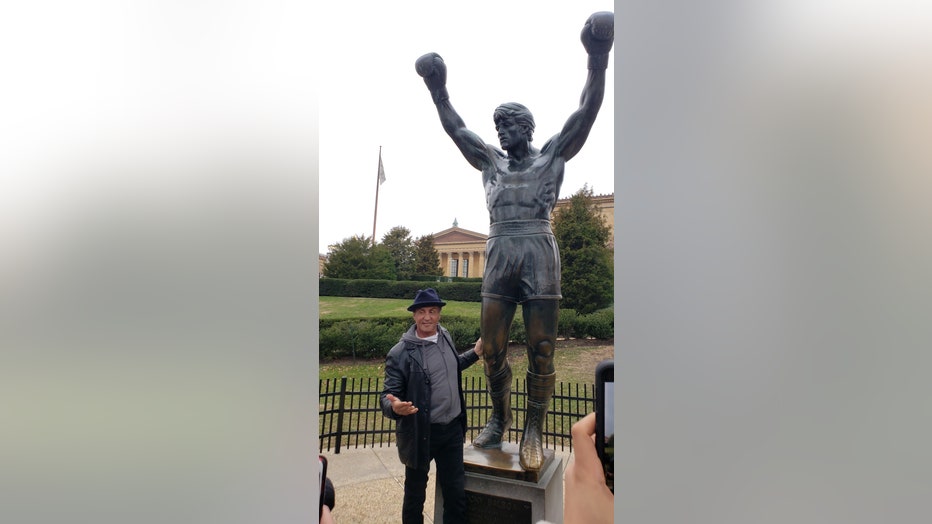 In a tease presumably for the upcoming Super Bowl spot, Stallone said something “extraordinary” would be airing in the coming months. He also encouraged fans to “keep punching.”