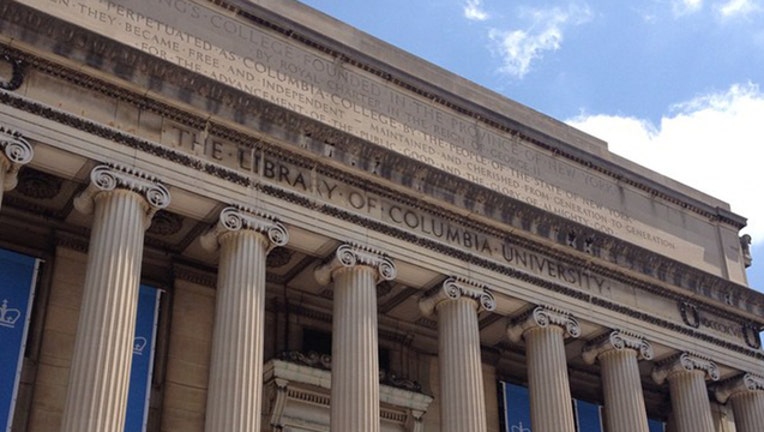 PROVIDENCE, R.I. (AP) — Ivy League students are asking their schools to automatically waive the application fee for applicants who are low-income or the first in their families to attend college.  A letter to the Ivies was penned by Brown University senior Viet Nguyen.

Already, low-income students who get a fee waiver for the SAT college entrance exam can choose four colleges from over 2,000 participating colleges and apply for free. Students can also request a waiver from a school directly.

But, Nguyen said, some students don't know to ask or use their waivers on schools with higher acceptance rates.

Nguyen said his letter was signed by student government leaders at Columbia College, Cornell University, Dartmouth College, Harvard College, Princeton University, Yale College and the University of Pennsylvania, as well as groups for first-generation or low-income students. It asks schools to make the change for the next application cycle beginning in September.

Student leaders at Northwestern University, Stanford University and the University of Chicago signed on too.

In September, Bowdoin College in Maine eliminated its application fee for students who require financial aid and for applicants seeking to be among the first in their families to attend college, saying the fee can be a genuine barrier. Trinity College in Connecticut waived it for first-generation undergraduates. New York City public school students from low-income families no longer have to pay a fee to apply to the City University of New York.

Reed College in Oregon eliminated its application fee altogether in 2013 to be more inclusive.

Schools do have good reasons to have the fee, said Milyon Trulove, vice president and dean of admission and financial aid at Reed College. For one, it's a way to ensure that students who are most the serious about applying to their school do so, especially now, as students apply to many colleges, he added.

But for Reed, the potential benefits outweighed that.

The applicant pool has doubled to about 6,000 applications annually and the proportion of applications from U.S. students from diverse backgrounds, many of whom are first-generation or low-income students, increased by roughly six percentage points, Trulove said.

"Rather than having the application be a hurdle, we need to make it an entryway," he said.

When asked about automatically waiving the application fee, Princeton, Dartmouth and the University of Pennsylvania said they do waive the fee for students who ask through the common application for colleges. Northwestern says it waives the fee for those who apply through a community-based organization; for Chicago and Evanston, Illinois, residents; and for low-income students.

At Yale, more than 30 percent of applicants asked for a fee waiver last year, the highest percentage on record, and all requests were granted, said Mark Dunn, associate director of undergraduate admissions.

Yale has sent postcards to low-income prospective students explaining the waiver. For most applicants, the fee isn't a financial burden, and the school wants to ensure that those receiving a waiver need it, Dunn said.

Brown says it's discussing the fee with student leaders. The university also waives the fee for every prospective student who asks for financial reasons. Brown says it shares the commitment to accessibility reflected in the statement from Nguyen and his peers.

When Nguyen applied to college, he fretted over how his family could pay hundreds of dollars in application fees. The fees may seem insignificant, but if a student applies to a dozen schools, it could easily add up to $1,000 that could've gone to food or rent, he said.

Nguyen said when he applied to colleges, he directly asked eight schools to waive the fee, apologizing for the inconvenience and for being poor.

They agreed to, but he said the process was humiliating.

"If higher education is serious about our commitment to providing access to students regardless of their class background, we need to actively work to ensure that they are not deterred even before they apply," he wrote in his letter.

The students are calling the push "No Apologies."