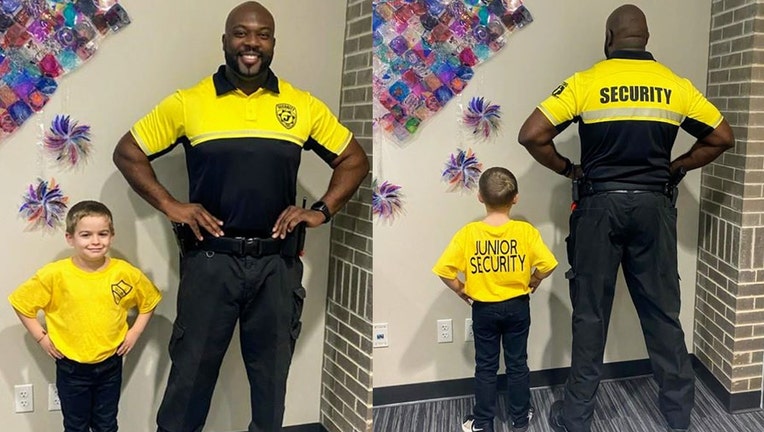 An elementary school student dressed up as his school's security guard for 'Dress As Your Favorite Person Day.'

According to the Jacksonville North Pulaski School District, a kindergarten student at Lester Elementary dressed up as his school's security officer for 'Dress As Your Favorite Person Day.'

The two of them were captured in a photo together wearing 'security' and 'junior security' shirts.

According to WTHV, the boy, who they identified as Easton Blocker, has always had a fascination with Officer Cross and even said that he "keeps us safe from the bad guys."

They said that Officer Cross is an armed security guard at the school.

He reportedly said that what Easton did "makes me appreciate my job more."