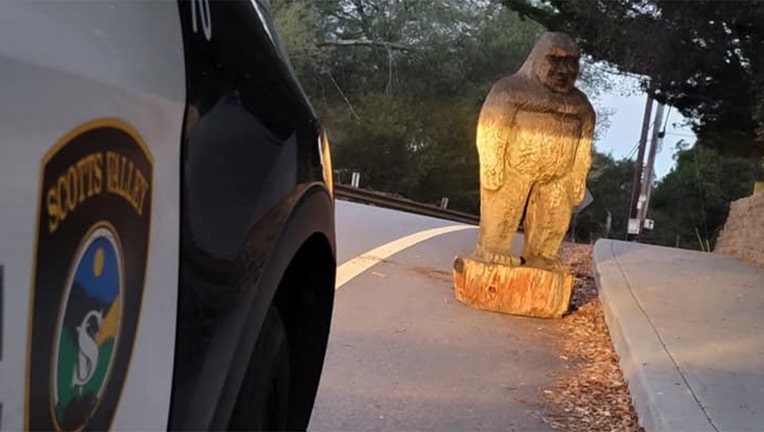 SCOTTS VALLEY, Calif. - Police officers in the mountains north of Santa Cruz responded to a suspicious figure in a roadway early Thursday and found Bigfoot.

“He was a little banged up but will be returned to his rightful place at the Bigfoot Discovery Museum,” the Scotts Valley Police Department said in a Facebook post.

The Santa Cruz County Sheriff’s Office had urged people to keep their eyes peeled for the 4-foot-tall (1.2 meters) wooden statue after it was stolen from outside the tiny museum in nearby Felton on Monday.

The museum dedicated to the mythical forest creature is outside Henry Cowell Redwoods State Park. It is temporarily closed due to COVID-19.