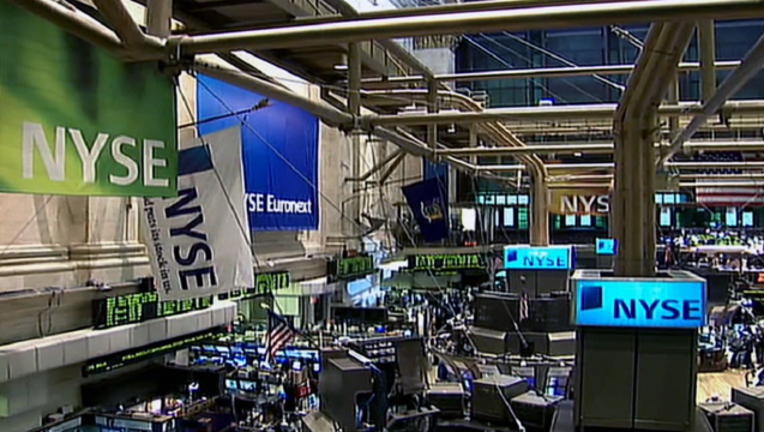 NEW YORK (AP) - Stocks stumbled on Wall Street Friday, veering between modest and sharp losses, as worries flashed yet again about President Donald Trump's trade war with China. The declines bookend a wild week where markets zoomed down, up and down again as investors struggled to make sense of a trade dispute whose resolution suddenly seems much more uncertain.

The S&P 500 sank as much as 1.3% Friday afternoon after Trump said that it would be "fine" if a meeting on trade with China next month doesn't happen, before eliminating most of the loss. Treasury yields jostled up and down, while the price of crude oil clawed back some of its sharp losses from earlier in the week. Gold, which jumped earlier in the week as investors rushed for things seen as safe, was steady.

To anyone not paying attention, the numbers could paint the last week as a ho-hum one for markets: The S&P 500 is down just 0.1%. But that stretch included the worst plunge of the year for the S&P 500, as well as its best day in months.

Through the week, investors' mood pinballed from fear that China was raising the stakes in the trade war by weakening its currency to relief that the yuan's drop wasn't more sharp and back to concern that the U.S. and China may not even meet next month to talk about their problems. All of that was a follow-up to Trump's threat last week to impose more tariffs on Chinese goods.

Underscoring the uncertainty, investors said they had no good explanations for some of the sharp swings in price that stocks had over the last week.

The economy is still growing, and the unemployment rate remains near its lowest level in half a century. The fear is that all the uncertainty that has been causing stock prices to swing sharply could also make businesses and shoppers more cautious. If they pull back on their spending, it could lead to weaker profits for companies, which could cause businesses to cut back on hiring, which could do real damage to the economy.

YIELDS: Some of the week's most furious action has been in the bond market, where yields have tumbled as investors scrambled to get out of the way of the seemingly worsening trade war. When bond prices rise, their yields fall, and the yield on the 10-year Treasury sat at 1.73% Friday afternoon, down from 1.85% a week ago. It edged up from 1.71% late Thursday and had been below 1.60% in the middle of the week.

OVERSEAS: European indexes fell broadly. The British government reported that its economy shrank in the second quarter for the first time since 2012. Germany reported that exports fell in June.

UBER'S ROUGH RIDE: Uber fell 6.2% after losing more money during the second quarter than Wall Street had expected. The company reported its largest quarterly loss on record in the same period it went public and made huge stock-based payouts. The company spent heavily on sales and marketing, including costly promotions designed to attract riders and drivers. The cost of price wars and retaining drivers while competing with rivals such as Lyft has been a strain on its ability to turn a profit.

BAD BATCH: Nektar Therapeutics plunged 30.6% after the company revealed that a cancer treatment study was impacted by bad batches of an experimental drug. The company has since refined the manufacturing process for the drug candidate, which is involved in multiple cancer treatment studies with partner Bristol-Myers Squibb.

COMMODITIES: Benchmark U.S. crude jumped $1.96 to settle at $54.50 a barrel. It had dropped as low as $50.52 earlier in the week amid worries that a weaker global economy would dent demand for energy. Brent crude, the international standard, rose $1.15 to $58.53 per barrel.

Gold edged down by $1.10 to $1,496.60 per ounce. It was a relatively quiet day following a roaring week, where gold hit its highest price in more than six years as investors scrambled for safety.