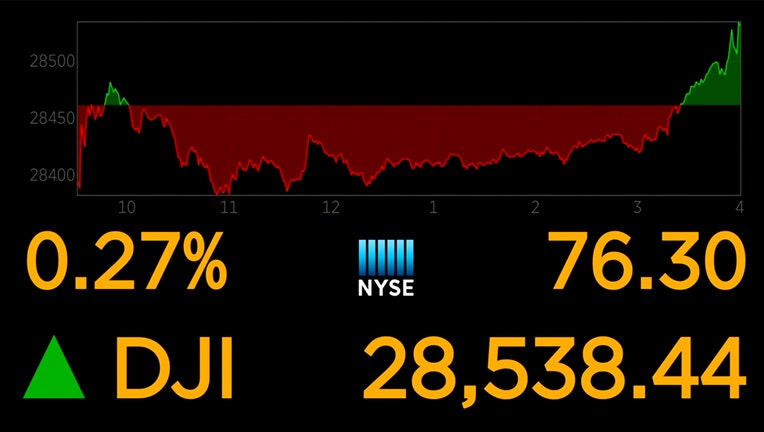 NEW YORK - Stocks rallied on the final day of 2019 heading into the new decade, capping off a blistering 10 years of gains.

The major averages swung between losses and gains at the open but quickly reversed course after President Trump announced that the phase one trade deal with China will be signed on Jan. 15 at the White House.

Stocks remained in a tight range over the remainder of the session closing with modest gains.

Tuesday's gains will barely be a blip on the radar for a stock market that has roared higher in the 2010s. The benchmark S&P 500 was up 189% for the decade while the Dow and Nasdaq were higher by 173% and 294%, respectively.

The S&P 500's top performers over the past decade included the e-commerce giant Netflix (+4,081%), the institutional brokerage service provider MarketAxess (+2,598%) and the developer and manufacturer of cardiovascular products Abiomed (+1,839%).