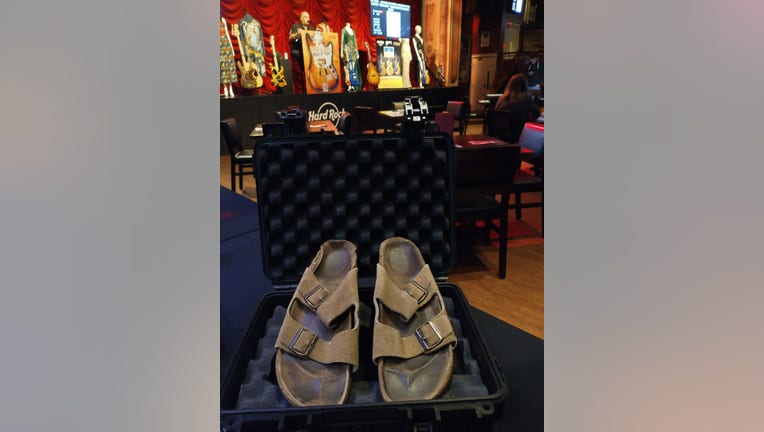 NEW YORK - More than a decade after Steve Jobs' passing, a pair of worn-down, old Birkenstocks owned by the late Apple co-founder sold for an astounding $218,750 on Sunday.

The sandals were sold through Beverley Hills-based Julien's Auctions, as part of its annual "Icons and Idols: Rock N Roll" event which was held at the Hard Rock Café in New York City.

The exclusive collectible, which came with a non-fungible token (NFT), went for well over the estimated $60K-$85K the auction house expected.

"Jobs would wear this particular pair of sandals in the 1970’s and 1980's," Julien's wrote in the item’s description, which noted the condition of the shoes to be well-worn but intact.  The sandals' footbed still retained the imprint of Jobs' feet, and the auction house said. 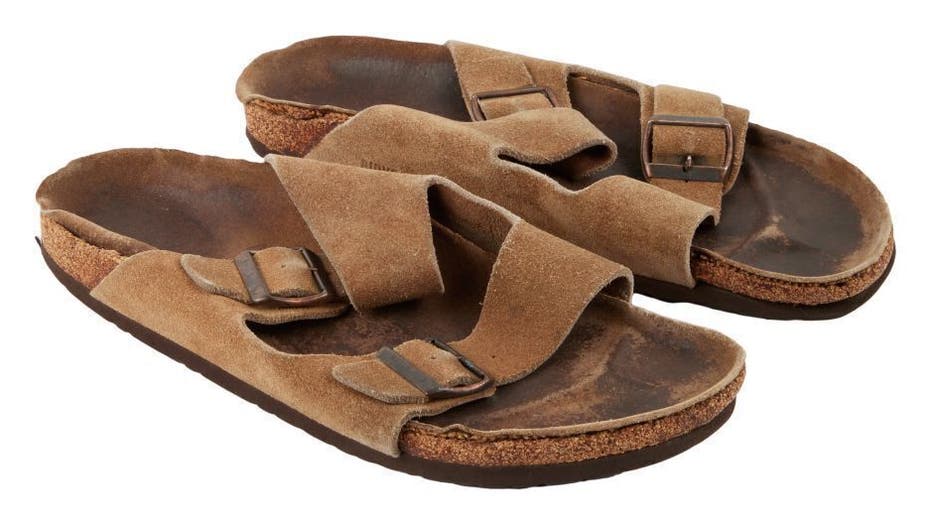 The shoes were said to be salvaged from the trash by Mark Sheff, a former house manager at Jobs' Albany property in the 1980s. Sheff was quoted as saying that he acquired the Birkenstocks and other items as "he [Jobs] kept very few things."

The auction house also noted that the tech icon wore the sandals "during many pivotal moments in Apple’s history," including during the period that he and co-founder Steve Wozniak were working out of a Los Altos garage to create what would be a revolutionary company that changed the world.

The description of the item also included quotes from Chrisann Brennan, Jobs’s former partner and mother of his first child. Brennan remembered the Birkenstocks to be an "iconic staple" of Jobs' wardrobe.

"The sandals were part of his simple side. They were his uniform," Brennan was quoted as saying in a 2018 interview with Vogue. "He was simply convinced of the intelligence and practicality of the design and the comfort of wearing it. And in Birkenstocks he didn't feel like a businessman, so he had the freedom to think creatively," Brennan shared.

The worn-out brown suede shoes received 19 bids. The winner, whose name had not yet been released, was present for the live auction, Julien’s Executive Director Martin Nolan told KTVU.

"They were in the room and bidding aggressively against a bidder in China who was on the phone," Nolan shared.

The executive director also noted that the same shoes were sold in a previous auction in 2016, when it went for a little more than $2,000.

"It shows you how much collectibles have appreciated," Nolan said. "We've seen an explosion on what people are paying during and since Covid."

Earlier this year, another piece of Jobs memorabilia-- an authenticated Apple-1 computer prototype from the mid-1970s--sold for $677,196.

A Bay Area collector who wished to remain anonymous was the winner of that tech artifact.

Last month marked 11 years since Jobs died at the age of 56 after a battle with pancreatic cancer. 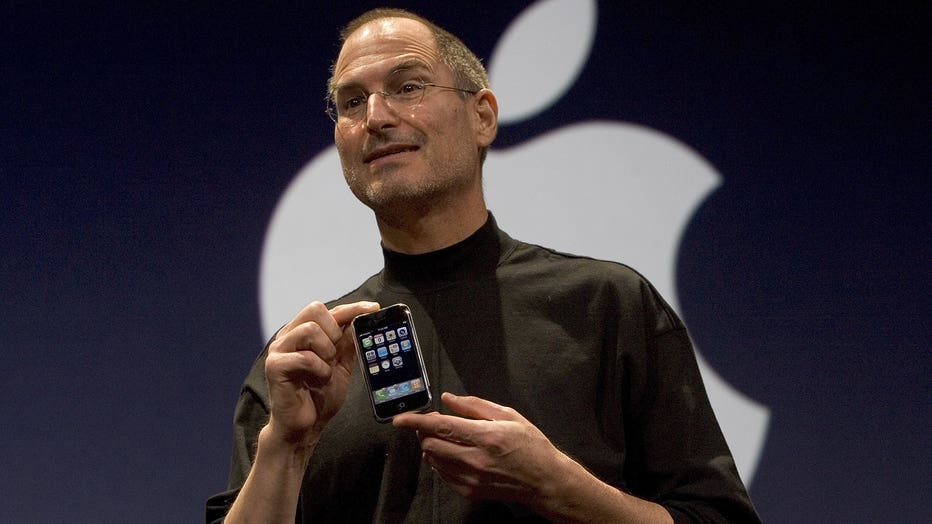 FILE - Apple CEO Steve Jobs holds up the new iPhone that was introduced at Macworld on January 9, 2007 in San Francisco, California.