President Joe Biden, on the anniversary of the January 6 Capitol Riot in Washington, D.C., spoke about the insurrection, noting it was the first time a president who just lost an election tried to prevent the peaceful transfer of power. Biden says the rioters were looking to subvert the constitution and "they failed."

WASHINGTON - President Joe Biden will deliver the State of the Union Address on Tuesday, March 1.

House Speaker Nancy Pelosi penned a letter to the president formally inviting him to the House chamber on the evening of March 1.

"Thank you for your bold vision and patriotic leadership which have guided America out of crisis and into an era of great progress, as we not only recover from the pandemic but Build Back Better," Pelosi wrote. "In that spirit, I am writing to invite you to address a Joint Session of Congress on Tuesday, March 1, to share your vision of the State of the Union."

The event will mark Biden’s first State of the Union Address. He addressed a joint session of Congress last April, but that speech did not carry the State of the Union branding. An address to Congress in the president's first year is not an official State of the Union address, and Biden's April speech bore little resemblance to one because of strict COVID-19 protocols. 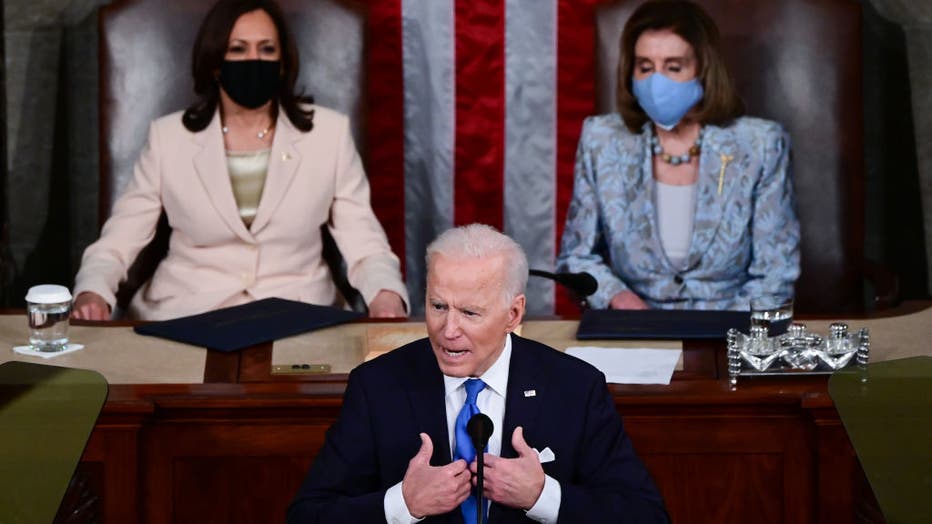 President Joe Biden addresses a joint session of Congress as Vice President Kamala Harris (L) and Speaker of the House U.S. Rep. Nancy Pelosi (D-CA) (R) look on in the House chamber of the U.S. Capitol on April 28, 2021, in Washington, DC. (Photo by

Attendance limits meant special guests weren't allowed. And lawmakers sat socially distant on the chamber floor and in the galleries. This year's precautiouns are still being worked out, though officials expect the event to resemble typical State of the Union addresses.

This year's speech will also be the latest State of the Union Address delivered by any president. It's normally timed for January, and occasionally for February. The delay is driven in part by a busy legislative calendar, a winter spike in COVID-19 cases from the more transmissible omicron variant and the upcoming Winter Olympics, which ties up broadcast network time.