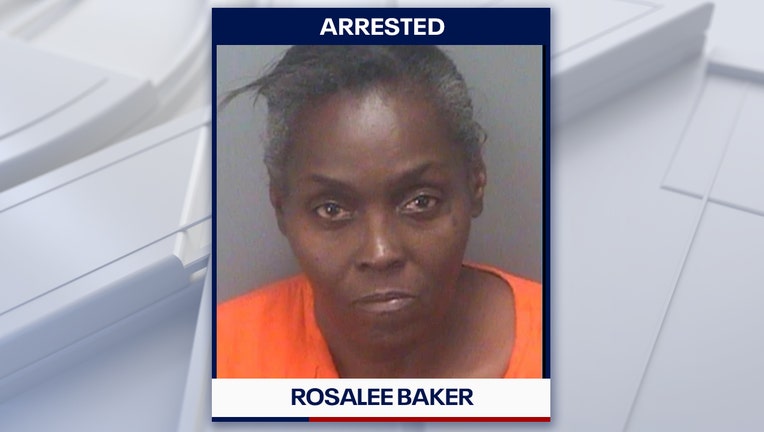 ST. PETERSBURG, Fla. - Two vehicles disappeared from a St. Petersburg home in August, and it wasn't until recently that detectives learned a neighbor tried to sell them to a scrapyard in another city in exchange for money.

St. Pete police arrested 55-year-old Rosalee Baker on Thursday. Back in August, detectives said the victim's vehicles – a Ford F150 and a BMW – were parked at the back of a home in the 1400 block of 28th Street South. Baker lived across the street, according to her arrest affidavit.

Investigators said Baker coordinated the sale of the vehicles with Small Planet Auto Recycling in Tampa. They said she made contact with a representative of the company, and "acted as if she owned the vehicle."

During the interaction, police said Baker completed a bill of sale and request to cancel the vehicle titles. They said she provided her Florida ID and thumbprint on the cancel title forms. Then, she received $300 for each sale.

The vehicles were towed to the salvage yard, police said. However, they were eventually listed as stolen while Small Planet was in possession of them.

Hillsborough County deputies were notified since the business was within their jurisdiction. Investigators said they confirmed Baker was involved due to her fingerprints on the documents.