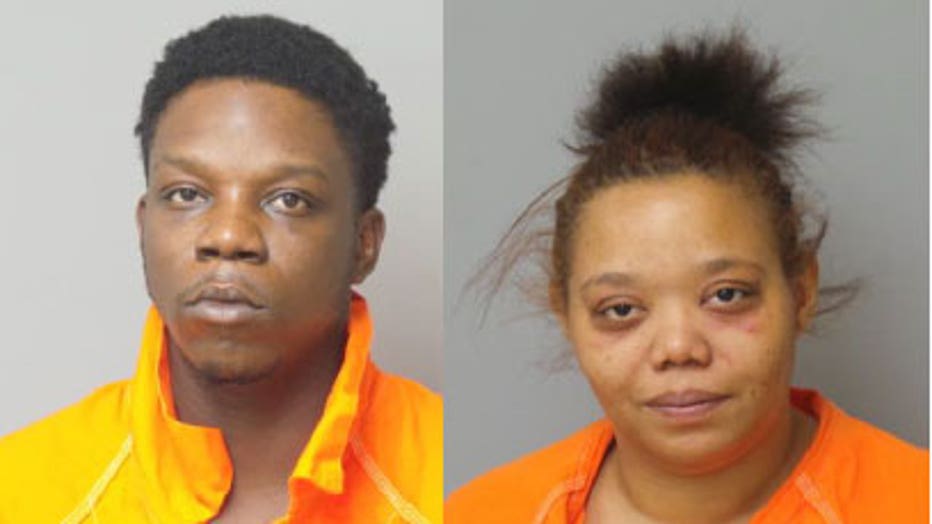 A photo of Sylvester Knighten Jr. and Danesha Cannamore, both of whom have been charged in the death of an 8-month-old boy. (Credit: Florissant Police Department)

A St. Louis-area man who is charged in the death of his girlfriend's 8-month-old son repeatedly abused the child and bit off his nipples, authorities say.

Sylvester Knighten Jr., 31, was charged Thursday with abuse or neglect of a child resulting in death, abuse of a child with a serious physical injury and four additional counts of child abuse. The boy's mother, 31-year-old Danesha Cannamore, is charged with two counts of child endangerment, the St. Louis Post-Dispatch reported.

The couple was arrested Wednesday when police responded to a call for an unresponsive infant at their apartment in Florissant. The child died at a hospital.

Knighten is accused of beating the infant that day, resulting in brain and facial injuries. Knighten is also accused of previously biting off the infant’s nipples and beating Cannamore’s three other children.

Cannamore knew about the abuse but doing nothing to stop it, according to charging documents.

Knighten has past felony convictions in Missouri for drug possession and robbery, court documents show.

No attorney is listed for either of them in online court records. Bond is set at $1 million cash-only for Knighten and $500,000 for Cannamore.