Larry Ng has lived in Forest Hills for the last four decades and has loved Spider-Man since he was a little boy. He is hoping to get the OK and raise the money to put a statue of the web-slinger in a park in the neighborhood.

NEW YORK - Here comes the Spider-Man — at least maybe — back to stand for a while in the neighborhood where the beloved Marvel superhero grew up.

Larry Ng has lived in Forest Hills for the last four decades and has loved Spider-Man since he was a little boy.

"Spider-Man grew up in Forest Hills as Peter Parker. He lived with his Aunt May and Uncle Ben," he said. And for many years, he thought it would be a great idea to have a statue of Spider-Man in Forest Hills.

The pandemic and the negative impact the last two years have had on his neighborhood and New York City's children only convinced Larry more to pursue the idea to bring Spidey-in-stone. He reached out to Dave Cortes, the artist who designed Brooklyn's Captain America statue and who specializes in designing action figures.

Larry now is awaiting site approval from the local community board and the Parks Department to erect the wall-crawler at the western corner of MacDonald Park.

Historian Michael Perlman of the Rego-Forest Preservation Council is also in favor of the idea.

"For many, many decades, Forest Hills has not had any major sculptural commissions," Perlman said. 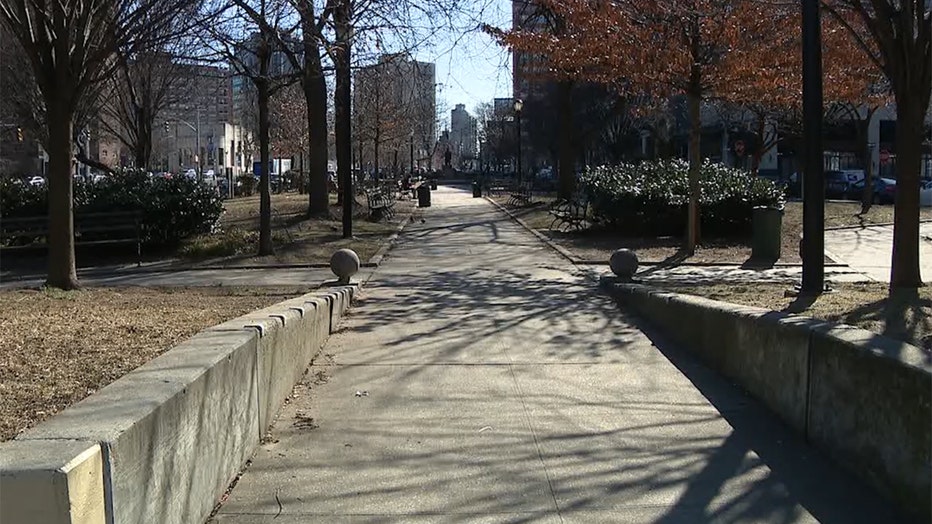 The park currently has a statue of World War I veteran Captain Gerald MacDonald, also the park's namesake. The Spider-Man statue will add to this monument landscape.

"I'd love for tourists to come and stop by and be able to say, 'I came to Forest Hills and I saw the Spider-Man statue,'" Giordono said.

He showed us the very first Spider-Man comic book and hopes to see it modeled after the original aesthetic.

If Larry's proposal gets approved, then his fundraising efforts will begin to construct a statue that's perhaps the world's most famous, albeit fictional, Forest Hills resident.

"He's just a normal teenager from Queens that became a superhero," Larry said. "And Spider-Man welcomes you to Forest Hills."

To learn more or to show your support for the statue, go to www.spidermanforesthills.com.