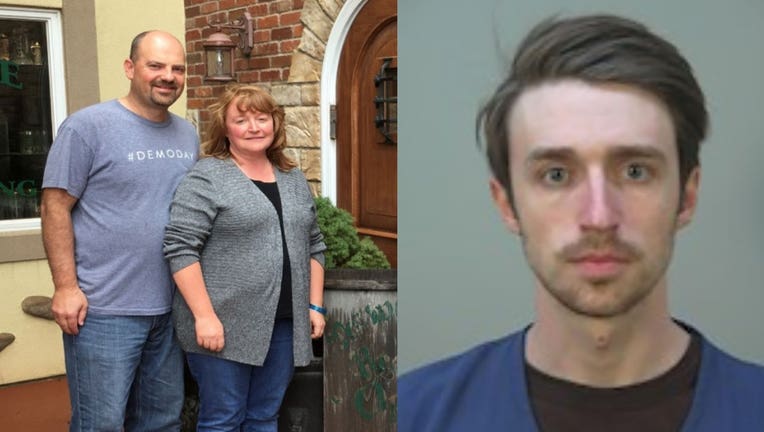 NEW YORK - A 23-year-old Wisconsin man is under arrest in connection with the murder of his father as authorities continue to search for his mother.

Chandler Halderson reported Bart and Krista Halderson missing. He told police his parents had planned to spend the July Fourth weekend at their cabin in White Lake in Langlade County with an unknown couple but that they never returned.

The Dane County Sheriff’s Office said that police found a dismembered torso and identified it as belonging to Bart Halderson, 50.  The death was determined to be "homicidal violence including firearm injury."

Sheriff Kalvin Barrett said this week that they are continuing to search the family’s cabin as well as the area where the remains were found for Krista Halderson, 53.

"We are optimistic in regards to her whereabouts and where she is at and we will let the evidence of this investigation tell us otherwise," Barrett said during a press conference.