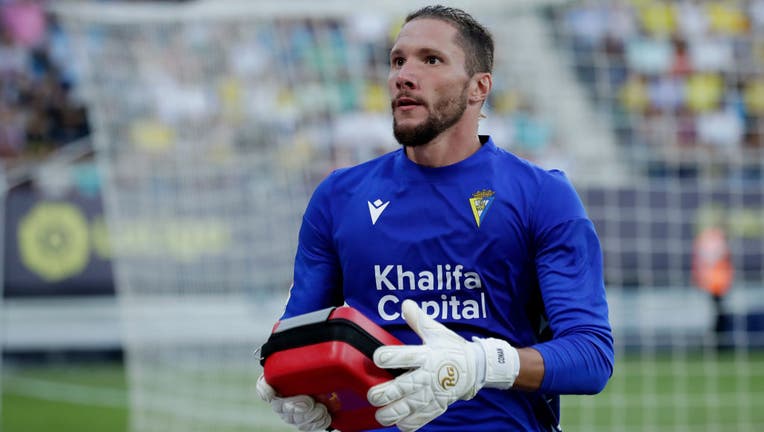 Barcelona’s game at Cádiz was temporarily halted in the final minutes when a fan suffered a heart attack in the stands on Saturday.

Cádiz said in a statement that the man was successfully treated with a defibrillator by a medical team. He was evacuated on a stretcher and admitted to a local hospital. Cadiz said that Barcelona’s players also lent the medics their defibrillator in case it was needed. 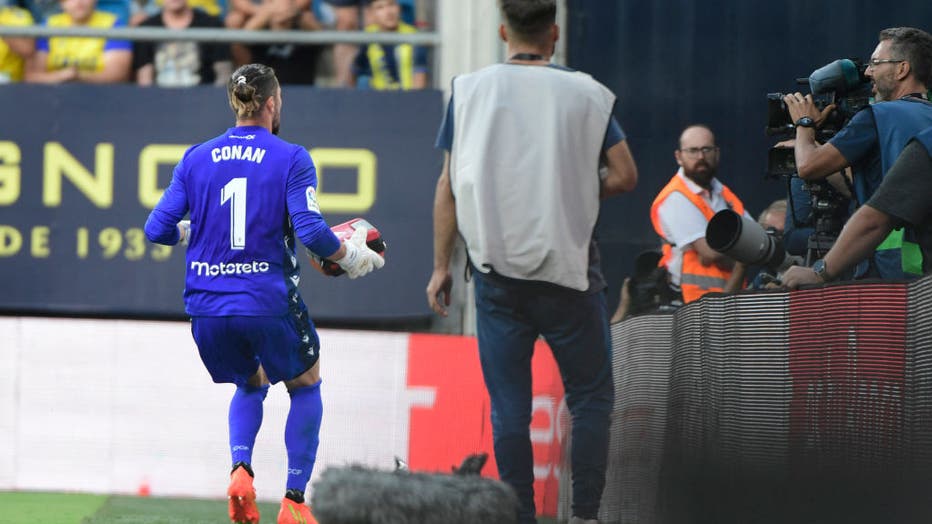 Cadiz's Argentinian goalkeeper Jeremias Ledesma runs towards the tribunes holding medical gear during the Spanish league football match between Cadiz CF and FC Barcelona at the Nuevo Mirandilla stadium in Cadiz, on September 10, 2022. (Photo by Crist

After more than a 10-minute pause with players waiting on the field, the referee ordered them to retire to the locker rooms with Barcelona 2-0 ahead at the time in the Spanish league game. The game resumed for its final eight minutes after more than a half-hour stoppage. Barcelona went on to win 4-0.

"We hope that he gets better as soon as possible," Barcelona coach Xavi Hernández said.

Cádiz thanked fans for their cooperation.