The catastrophic bushfires tearing across Australia have released so much smoke into the atmosphere that it has crossed the Pacific to several South American countries.

GENEVA - The catastrophic bushfires tearing across Australia have released so much smoke into the atmosphere that satellites have captured images of the smoke as far away as South America, according to a new climate report from the United Nations World Meteorological Organization.

The extent of the damage caused by the fires is unprecedented. At least 26 people have died, hundreds of homes have been destroyed, hundreds of thousands of hectares of land have been scorched and more than a billion wild animals have likely perished.

The fires have caused hazardous air quality in major cities throughout Australia and part of New Zealand, and now the smoke has drifted thousands of kilometers across the Pacific Ocean, reaching Argentina and Chile Monday. 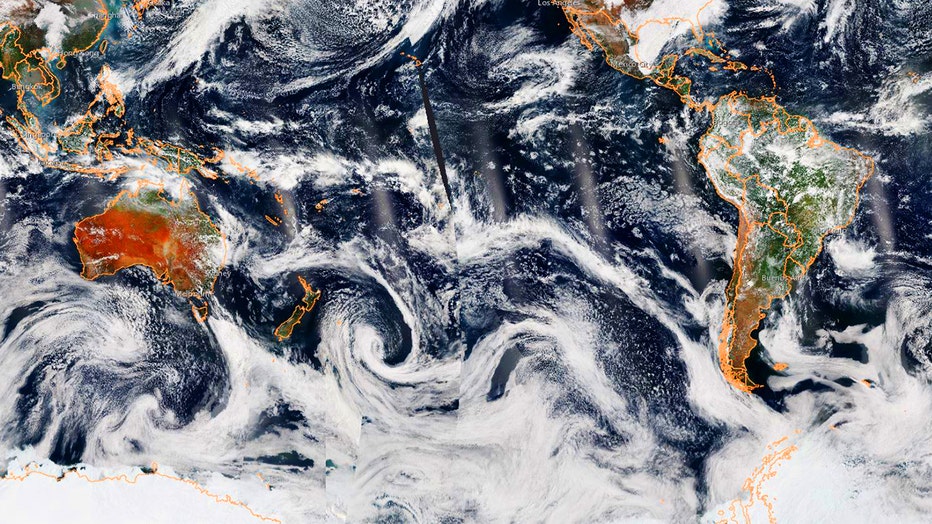 An image captured by NOAA polar satellites shows atmospheric conditions above the South Pacific region on Jan. 8 as smoke from Australia’s bushfires makes it s way over South America.

U.S National Oceanic and Atmospheric Administration satellites tracked the smoke as it spread further across Uruguay, Paraguay and Brazil this week.

The smoke from the wildfires releases dangerous pollutants into the atmosphere. This includes particulate matter and toxic gasses, such as carbon monoxide, nitrogen oxides and non-methane organic compounds.

The European Union’s Copernicus Atmospheric Monitoring Service (CAMS) estimates that 400 megatonnes of carbon dioxide have already been released into the atmosphere due to Australia’s fires.

Since 1910, Australia’s climate has warmed more than 1-degree Celsius, leading to more frequent extreme heat events. Beginning the late 1990s, southeast Australia’s April-October rainfall began to dwindle and has declined by about 11 percent since. Together, these climate conditions have created the perfect environment to stoke wildfires unlike any the country has weathered before.

2019 was an exceptionally warm and dry year for Australia and saw many weather records set, which set the country up for the devastating fires in recent months.

And this is likely just the beginning — Australia’s summer season is just starting, and fires this early in the season signal a shift in climate conditions.

“The tendency for fire seasons to become more intense and fire danger to occur earlier in the season is a clear trend in Australia’s climate, reflecting reduced and/or less reliable cool season rainfall and rising temperatures. Fire season severity is increasing across much of Australia," according to the Australian Seasonal Bushfire Outlook report for the rest of the summer 2019/2020 season.

Some relief may be coming to the northern regions of Australia via Tropical Cyclone Blake, which is expected to bring heavy rain to Western Australia overnight, but Australia’s Bureau of Meteorology predicts dangerous fire conditions will be back in full force by Jan. 10.