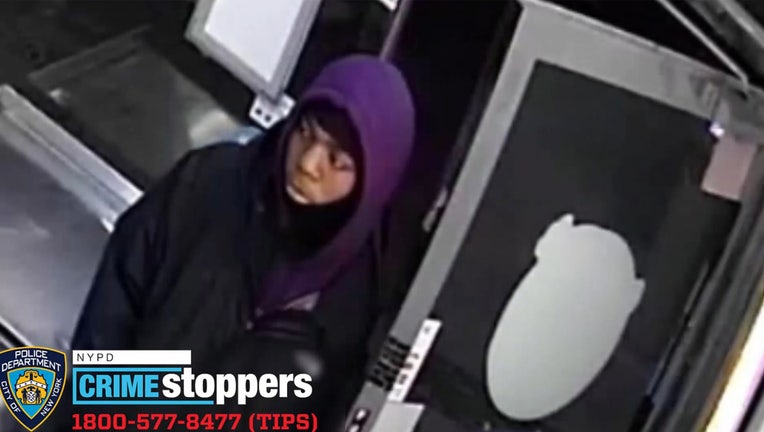 Police say this man kicked and slashed another man outside a restaurant in the Hamilton Heights section of Manhattan. (NYPD)

NEW YORK - The New York Police Department is looking for a man they say kicked and slashed another man outside a restaurant in the Hamilton Heights section of Manhattan.

It happened Saturday, Dec. 31 around 12:06 a.m. in front of the Village Chicken & Burger restaurant located at 1739 Amsterdam Ave.

According to the NYPD, a 34-year-old man was in front of the restaurant when he was approached by the suspect. A verbal dispute ensued, escalating into a physical altercation. That’s when police say the suspect kicked the man multiple times in the back and then slashed him with an unknown object in the left arm before fleeing on foot.

EMS responded to the scene and transported the victim to NYC Health and Hospitals/Harlem, where he is listed in stable condition.

The suspect is described as an man with a dark complexion. Police say he was last seen wearing a black North Face jacket, black pants, black Nike Jordan sneakers, a purple hooded sweatshirt, and a black mask.