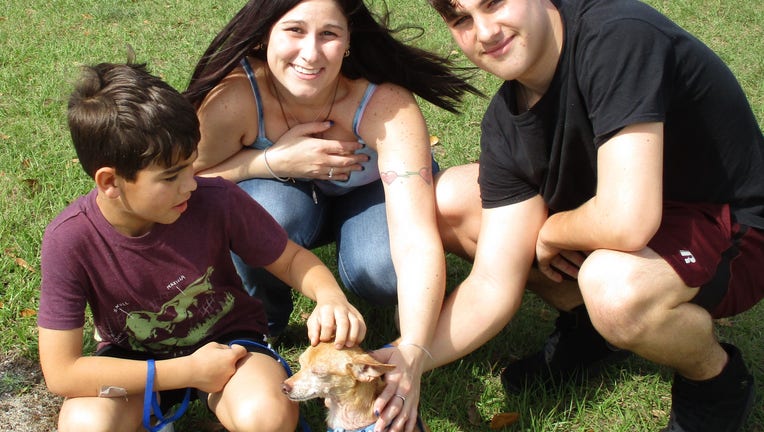 LAKE PANASOFFKEE, Fla. - At two months old, Alex, a Chihuahua pup at the time, found his forever home with a family in Naples, Florida. However, within a year, he disappeared.

The Stone family adopted Alex in 2013, and he was living his life alongside a “big dog brother” named Thunder, according to YOUR Humane Society SPCA, located in Lake Panasoffkee, Florida.

Shelter workers said Alex was upset when Thunder moved away with another relative. The pup likely dug a hole under the fenced yard and left to search for its older brother.

The Stone family searched for Alex -- but soon, days turned into weeks, and years later, they still couldn’t find Alex.

Then this year – and 225 miles away from Naples – a good Samaritan found a little dog in Sumter County and brought the dog to YOUR Humane Society SPCA. The dog’s microchip was scanned and workers learned the lost pup’s name was Alex.

On Valentine’s weekend, Alex was reunited with the Stone family, who were worried Alex wouldn’t remember them.

“But Alex could not contain his sheer joy of seeing them again,” according to the shelter. “They all stood hugging a giddy pup who regained his identity and his long lost family. The family cried, the shelter staff and volunteers cried...all while Alex wriggled in sheer delight." 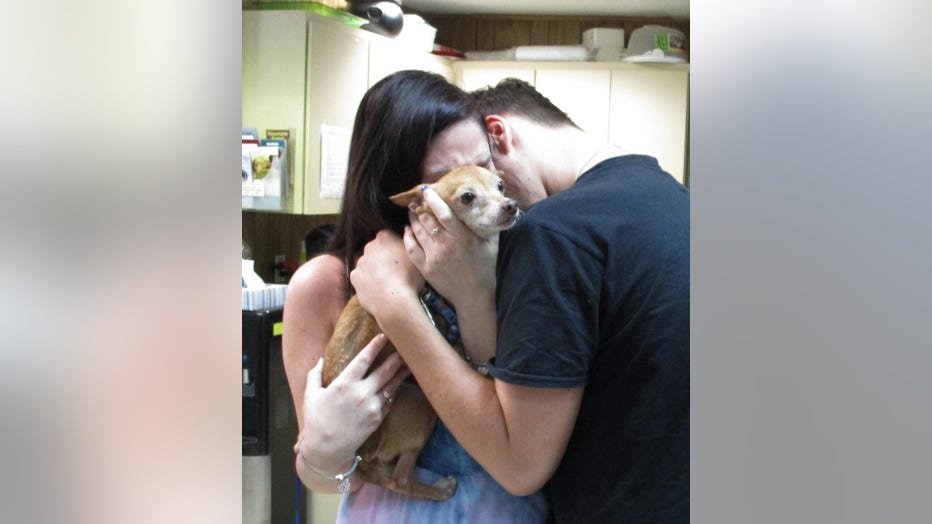 Alex was also reunited with Thunder.

The shelter said Alex’s reunion with his adopted family is a reminder to microchip pets.

“A microchip,” according to the shelter, “can be that one simple key factor to get your pet returned to you should something disastrous occur.”