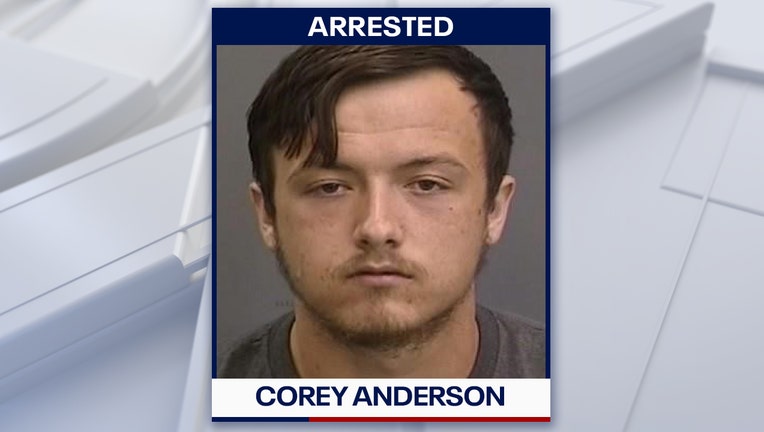 LUTZ, Fla. - A social media post that appeared to threaten a mass shooting landed a Lutz man behind bars on Sunday.

Deputies say Corey Anderson, 18, posted images of himself with what appeared to be a handgun, a rifle, and a tactical style vest. The photo was distributed with the caption "Hey Siri, directions to the nearest school."

According to the Hillsborough County Sheriff’s Office, detectives investigating the case determined that the handgun and rifle in the photo were ‘airsoft guns’.

"This type of threat is unacceptable. This man intentionally instilled fear into our community as a sick joke, but be warned, this is no laughing matter," said Sheriff Chad Chronister. "We will do everything within our power to apprehend, and pursue charges on those who make school-based threats. Protecting students is our greatest priority. We take school threats very seriously, if you see something suspicious, please contact us immediately."

Anderson is charged with a written or electronic threat to conduct a mass shooting or act of terrorism.