The man suspected of opening fire on a fellow motorist at a Tulsa intersection turned himself in to the county jail.

TULSA, Okla. - Michelle Oliva-Medrano pulled out her phone to record what she thought would be a fistfight on Jan. 13.

But what she captured on video was much more dangerous than fisticuffs. Her video shows the moment a man pulled out a gun and opened fire on a fellow motorist at an intersection.

"It happened so fast," Oliva-Medrano told Storyful. "The suspect left his car unattended and went to go yell at the other guy. Before you know it, the light is green and the man inside takes off. The suspect takes out a handgun and begins shooting the fleeing car. I saw the back windshield shatter."

The Tulsa Police Department received several calls about the incident and dispatched officers to the scene. By the time they arrived, the suspect and the intended target were long gone. But investigators caught a break in the case when Oliva-Medrano’s footage began circulating on social media.

They identified the suspect as Brian Chintharsy, who surrendered himself to the Tulsa County Jail on Jan. 16. Police also suspect he was involved in another crime where multiple shots were fired at a house. 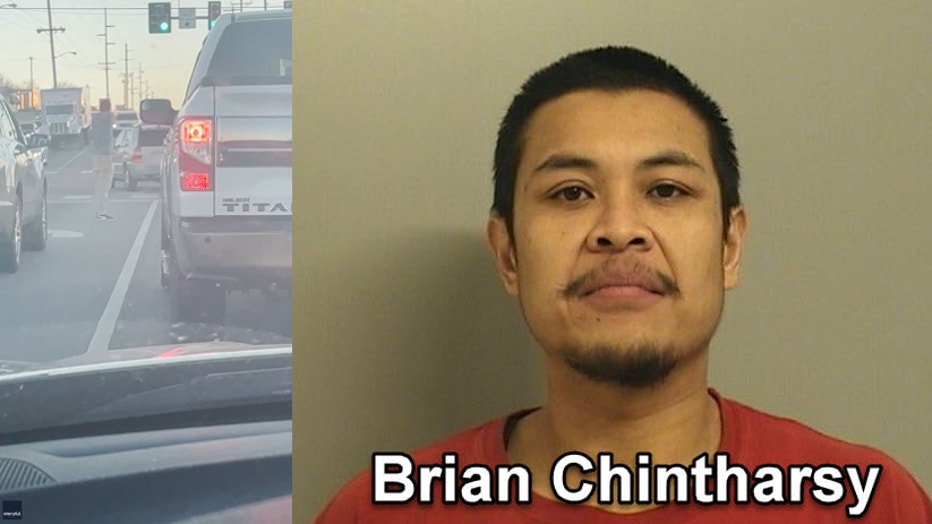 Police identified Brian Chintharsy as the suspect in a shooting that took place at an intersection on Jan. 13. (Source: Tulsa Police Department)

Despite finding multiple shell casings at the scene of the shooting, no injuries were reported in the incident. Multiple bullets damaged a white Buick SUV that was nearby, but none of the occupants were harmed.