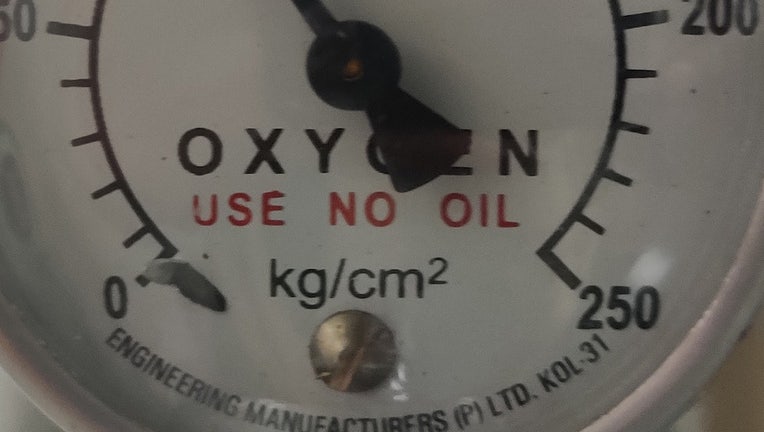 A File image of an oxygen gauge. (Photo by Pallava Bagla/Corbis via Getty Images)

WINSTON-SALEM, N.C. - A woman who was fired after asking to bring an oxygen tank to work to help her breathe will get $25,000 in a federal settlement.

TriMark Foodcraft also agreed to train its staff on what qualifies as a reasonable accommodation under the Americans with Disabilities Act as part of a two-year consent decree, the U.S. Equal Employment Opportunity Commission said.

Jean S. Perry worked as an accounting clerk for a Trimark distribution facility in Winston-Salem through a temporary placement agency, the EEOC's lawsuit said. In December 2018, she was admitted to a hospital for breathing problems related to a disability. When she tried to return to work and asked to bring a personal oxygen device with her, she was fired.

The consent decree also requires TriMark to amend its current anti-discrimination policy to include examples of ADA-qualifying job modifications, to post the policy where it is visible to employees, to hold annual ADA training for human resource employees and specialized training for the person who makes the decision, and to provide periodic reports to the EEOC, according to the news release.

EEOC District Director Thomas Colclough said, "The ADA was created to ensure a level playing field for everyone in the workplace. This settlement represents a step forward in ensuring that the dream of equal opportunity in the workplace is realized by all employees regardless of their protected status. I applaud TriMark in taking this step by training its human resources employees on the ADA and the protections the ADA affords people with disabilities."

"The ADA requires an individualized assessment to determine whether a reasonable accommodation can be provided without causing an undue hardship for the employer or a direct threat to other employees," said Melinda C. Dugas, regional attorney for the EEOC’s Charlotte District Office. "Employers cannot prevent employees from being productive members of the workforce because of mere inconvenience or preconceived ideas about medical conditions. Further, direct threat determinations cannot be based on irrational fears or generalized conclusions. Such decisions must be based on the best available objective evidence."