US Coast Guard crew had to think fast when a shark crashed their swimming break in the Pacific Ocean this week. (Credit: US Coast Guard Cutter Kimball via Storyful)

NEW YORK - US Coast Guard crew had to think fast when a shark crashed their swimming break in the Pacific Ocean this week. The crew of the Coast Guard Cutter Kimball was taking a much-needed break with a “swim call”, the Coast Guard said.

“We had not been off the ship for weeks, were at that point where every day feels like ‘Groundhog Day,’ and were looking for something to break up the monotony,” a post on the Facebook page of the US Coast Guard Cutter Kimball said.

The Coast Guard said about 30 to 40 crew were swimming in the ocean when, “like a Hollywood movie,” those on the flight deck spotted a six- to eight-foot shark swimming close by.

Maritime Enforcement Specialist 1st Class Samuel Cintron, credited with likely saving at least one of his crewmates, fired shots towards the shark, giving those in the water enough time to get to one of the two boats safely.

The only injury was sustained as a crew member climbed back onto the ship. He got a cut on his knee, ironically in the center of a tattoo of shark teeth.

The Coast Guard said everyone was safe following the incident, including the shark. The shots managed to steer the shark away from those in the water, and later it swam off with “a few of its buddies.” The inflatable unicorn raft visible seen in the video was also spared.

The top requests for movies on the flight deck that night were Jaws and Sharknado, the Coast Guard said.

“We have hundreds of years at sea between all of us and no one has seen or heard of a shark actually showing up during a swim call,” the cutter’s Facebook post reads. “This goes to show why we prepare for any and everything.” 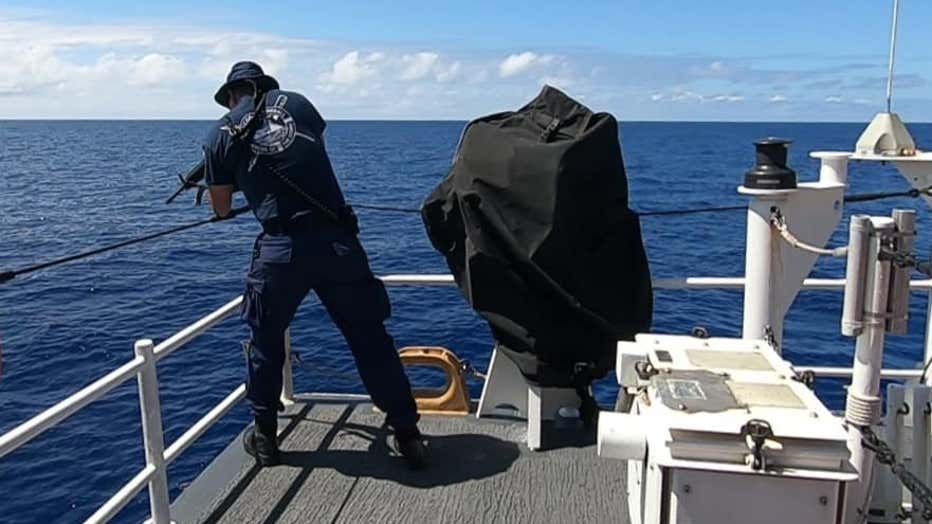 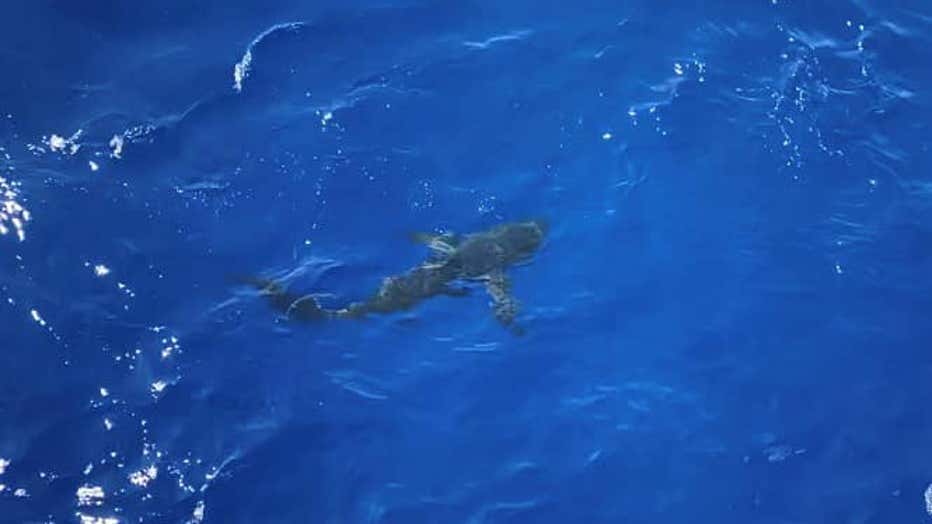 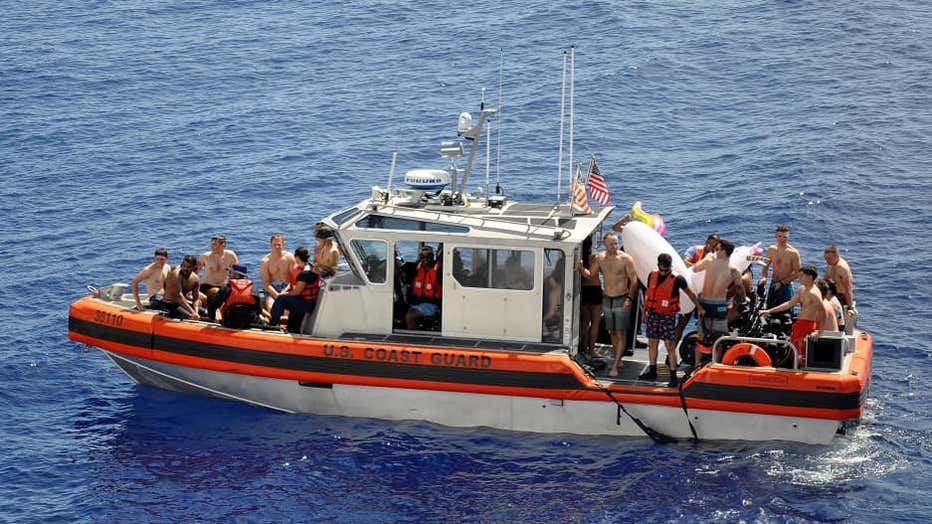 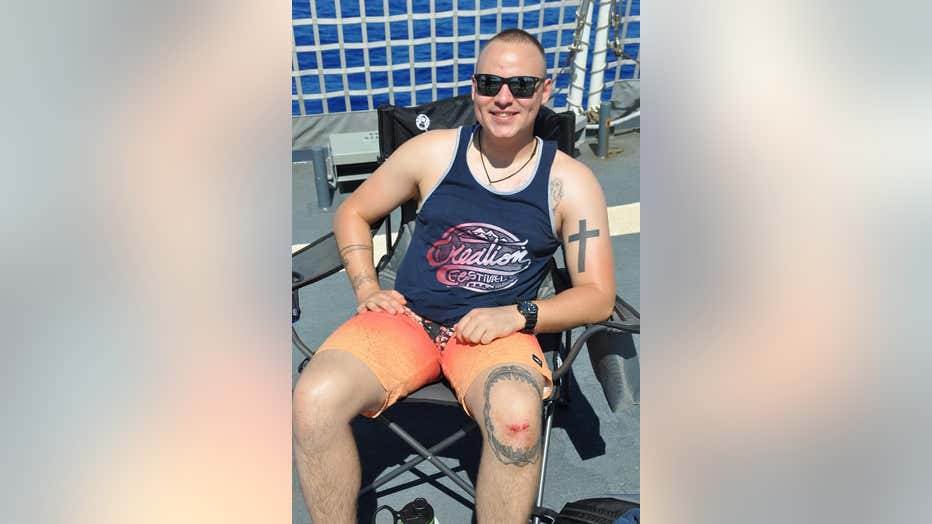