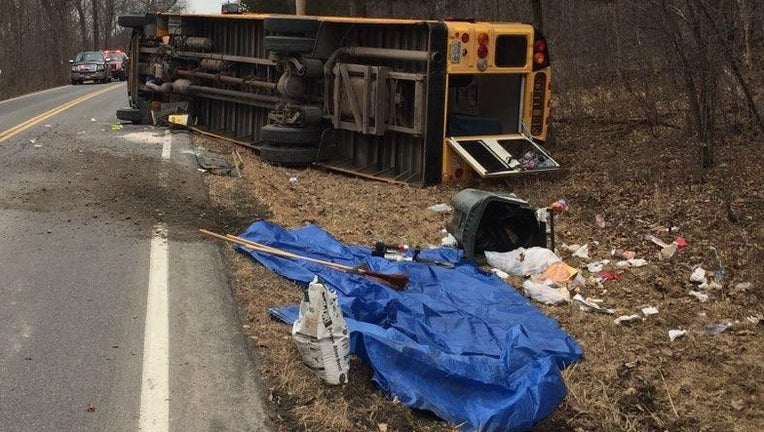 NEW YORK - Four students were taken to a hospital for treatment after a bus flipped in Germantown, New York on Tuesday morning.

The crash took place at about 7:45 a.m. on Church Ave.  The cause of the crash was not immediately known, according to the New York State Police.

The Germantown Central School District bus was occupied by the driver and 20 students.  The injuries were all believed to be minor.

Besides the students taken to hospitals, sixteen children were transported to Germantown Central School and evaluated by the school nurse.

Four of the children were released to their parents for further evaluation at hospitals.  The remaining 12-children either returned to their homes or reported to class as deemed fit by their parents.