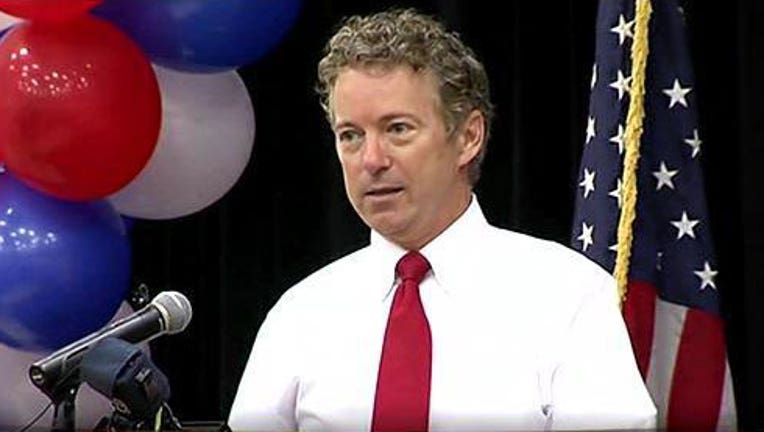 FRANKFORT, Ky. - U.S. Sen. Rand Paul wants to combat the rising debt load engulfing college students by allowing families to use their retirement savings to pay off their loans.

introduced federal legislation late Monday that would allow students to dip into retirement accounts to help pay for college or make monthly debt payments. Under his bill, individuals could to take up to $5,250 — tax and penalty free — from their 401(k) or IRA each year, and their parents could divert thousands more.

Americans collectively owe about $1.5 trillion in student loans — more than twice the total of a decade ago. On average, last year’s graduates owed about $29,200 each, leaving college with a long-lasting financial burden, Paul said.

“It’s just hard for people to pay back,” he said in a telephone interview with The Associated Press. “Even people with graduate-degree educations are struggling to pay it back over a long period of time. We want to do something to try to help these kids pay off their loans.”

Paul’s bill is called the Higher Education Loan Repayment and Enhanced Retirement Act, or HELPER. He plans to pitch it in visits to college campuses in Kentucky in coming weeks.

If two parents and their college-bound child each put aside the maximum yearly amount, it would generate $15,750 in pre-tax money to help pay for college, he noted. “This fact alone would transform how Americans save for college,” Paul wrote in an op-ed in the Lexington Herald-Leader.

“They’re already behind the financial eight ball,” he said in a phone interview. “They’re not preparing anywhere close to previous generations at this point in their life cycle for future needs. Retirement is a long way off, but they need to start saving early on to be prepared and they’re just not going to be prepared if they take that money to pay down student loan debt.”

Without giving specifics, Paul’s office said the bill already has received a favorable response from education officials as well as from constituents facing college debt.

Another provision would allow employer-sponsored student loan and tuition payment plans to be tax free up to $5,250, Paul said. A small but growing number of the nation’s employers are offering such assistance. The bill also would repeal the cap and phase out on deducting student loan interest, he said.

Paul said his bill hasn’t been scored yet by the Congressional Budget Office to determine its fiscal impact. The incentive for families to divert more pre-tax money could result in less money flowing to the treasury.

“Whether or not it’s less money for the treasury, it’s more money for the people who are trying to pay for their kids’ school,” he said.

“We think it’s important for Republicans to have a solution to the problem,” Paul said in the phone interview. “Democrats have come forward with something that we think is well intended but fiscally irresponsible.”

In the presidential campaign, Democratic Sens. Bernie Sanders of Vermont and Elizabeth Warren of Massachusetts are proposing to do away with tuition at all public universities. Other Democrats are taking a narrower approach. Former Vice President Joe Biden and Minnesota Sen. Amy Klobuchar would provide two years of tuition-free community college, echoing a proposal President Barack Obama endorsed in 2015.