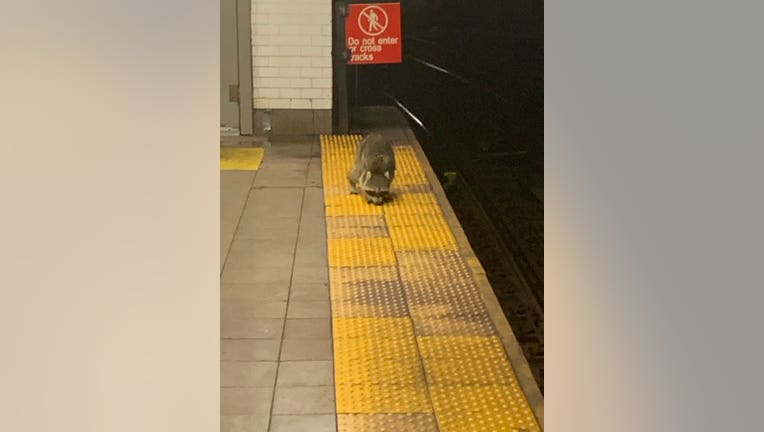 A raccoon was spotted at a subway station platform in Brooklyn Wednesday night. (Credit: @oswaldthehedgie via Twitter)

NEW YORK - A fuzzy commuter was spotted waiting for a train at an MTA subway station in Brooklyn on Wednesday night.

A raccoon was spotted by one of his fellow straphangers, who posted the picture to Twitter.

The MTA says that there have been nearly a dozen raccoon-related disruptions this year, more than twice as many as last year.