FULTON COUNTY, Ga. - Georgia Secretary of State Brad Raffensperger has called the U.S. Department of Justice to investigate allegations that employees in Fulton County shredded hundreds of voter registration applications in the past few weeks.

According to officials, the county allegedly shredded 300 paper voter registration applications in the last two weeks. State law requires officials to preserve any documents relating to a primary or general election for two years after the election.

In a statement, Raffensperger said that "the voters of Georgia are sick of Fulton County's failures."

"After 20 years of documented failure in Fulton County elections, Georgians are tired of waiting to see what the next embarrassing revelation will be," said Raffensperger. "The Department of Justice needs to take a long look at what Fulton County is doing and how their leadership disenfranchises Fulton voters through incompetence and malfeasance. "

According to Fulton County Commission Chairman Robb Pitts, other employees reported two people after they allegedly did not fully process the applications and instead shredded some of the forms.

"Fellow employees reported this behavior to their supervisor on Friday morning and the employees were terminated the same day," Barron said. 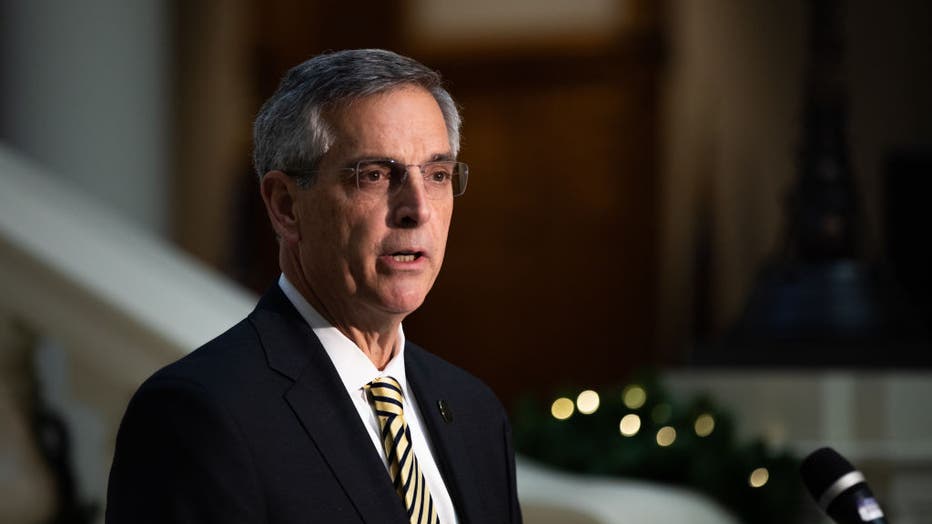 Barron said approximately 300 applications were affected. Anyone attempting to vote in an upcoming election found unregister will be able to cast a provisional ballot and further investigation will follow, Barron said.

Pitts alerted the office of Fulton County District Attorney Fani Willis to investigate as well as contact the Secretary of State's Office, which is doing its own investigation.

"Elections are the most important function of our government," Pitts said. "We have committed to transparency and integrity."

Raffensberger has previously called for Barron and the county's Registration Chief Ralph Jones to be fired immediately.

Pitts countered, saying he believes Raffensperger wants the state to take over elections in Fulton County.

"His ultimate goal is based on the provisions of Senate Bill 202, he would like to take over the elections in Fulton County,  That is not going to happen, period," said Pitts.

Any Fulton County resident who has questions about their ballot or application can contact the Fulton County Department of Registration & Elections at 404-612-7030.