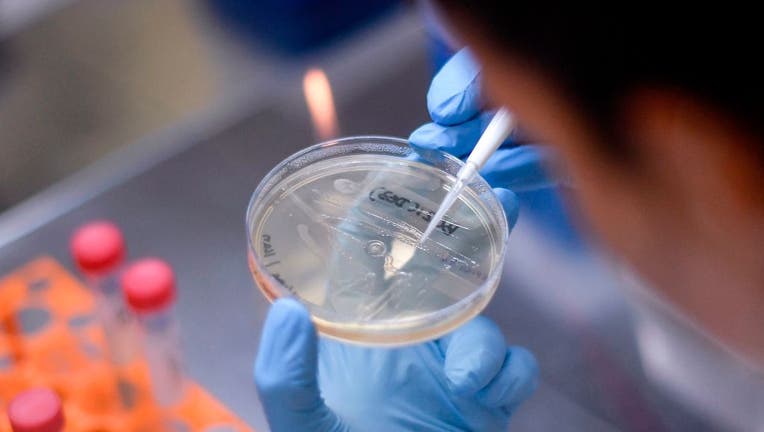 A researcher works on the development of a vaccine against the new coronavirus COVID-19, in Belo Horizonte, state of Minas Gerais, Brazil, on March 26, 2020. (Photo by DOUGLAS MAGNO/AFP via Getty Images)

Researchers in the United States have opened another safety test of an experimental vaccine for COVID-19.

The drug, developed by Inovio Pharmaceuticals is part of a worldwide effort to curb the spread of the virus.

Inovio will test two doses of the vaccine on 40 healthy volunteers at its Kansas City research lab.

Inovio’s researchers package a section of the virus’s genetic code inside a piece of synthetic DNA that’s injected in a skin-deep shot, and those cells act as a mini-factory to produce harmless protein copies while the body’s immune system produces antibodies against them that would also block the virus.

The early-stage studies will determine whether the vaccine is safe enough for larger tests.

Even if research goes well, it’s expected to be a year or more until the drug is widely available.

Another vaccine candidate backed by the National Institutes of Health Works similarly, except it uses a type of genetic code called Messenger RNA.

Neither vaccine is made using the actual virus, meaning there’s no chance of getting infected from the shot.