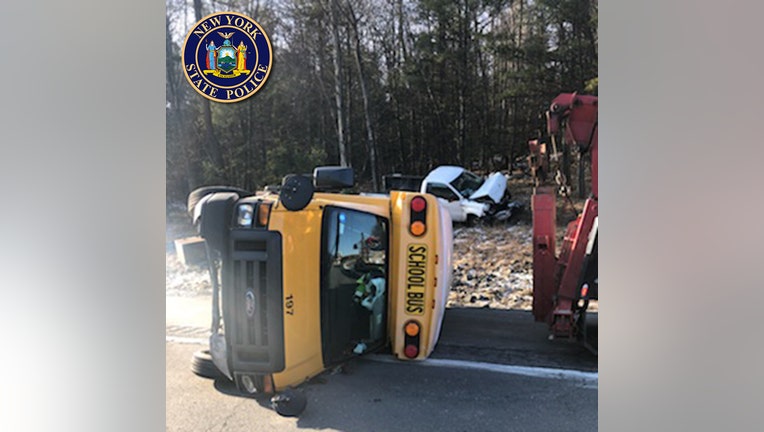 MAMAKATING, N.Y. - A pickup truck rear-ended a school bus, which then crashed into a guard rail and flipped over in Sullivan County on Tuesday morning, according to the New York State Police.

The school bus was carrying a driver, five children, and two bus monitors from Fallsburg to a school in Orange County when the crash happened on eastbound State Route 17 in Mamakating at about 7:45 a.m., police said.

The 57-year-old driver of the pickup was not hurt, police said. State troopers cited him for tailgating.

Troopers reopened the eastbound lanes between Exits 112 and 113 after finishing their investigation.