That alone is impressive. But this Sarasota realtor has done it 42 times. That's the most consecutive times by any woman in the race's history.

"I like to compare the size of this year's 50th-anniversary medal, compared to this one, the first marathon that I did in New York," Brown said, showing off her rack of New York City Marathon medals.

She's lost count of how many total marathons she's finished but estimates it's between 110 and 120.

"I used to live in New York," Brown said. "That's how I started doing the New York City Marathon. And then, before you knew it, I was what they call a 'streaker,' somebody who has done a lot in a row. And then, I couldn't stop." 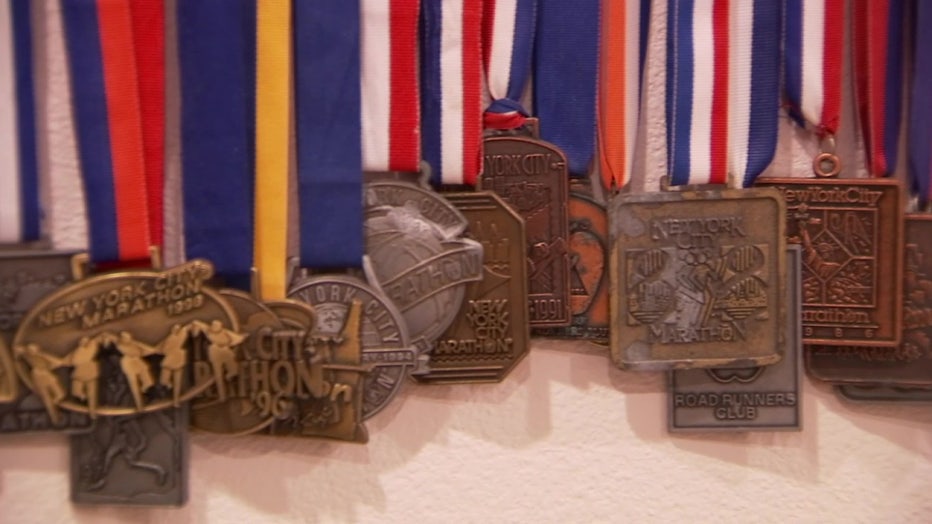 This year marks Brown's 42nd NYC Marathon, continuing her streak as the woman with the most consecutive finishes. "They told me I had the longest streak and that was probably 20 years ago," Brown said.

She was 35 when she started. "I had a great mother and she died early. She was only 60 years old when she died," Brown said. "When I crossed the finish line in 1978, all I could think of was my mother saying you can do anything you set your mind to."

Born in Brooklyn, Brown was a physical education teacher before moving to Sarasota in 1981 and later, becoming a realtor. She met her husband Matt Brown, who's also an accomplished runner, at Sarasota High School's track.

"Years ago, I had cancer and just recently, my husband has recovered from cancer," Brown said. 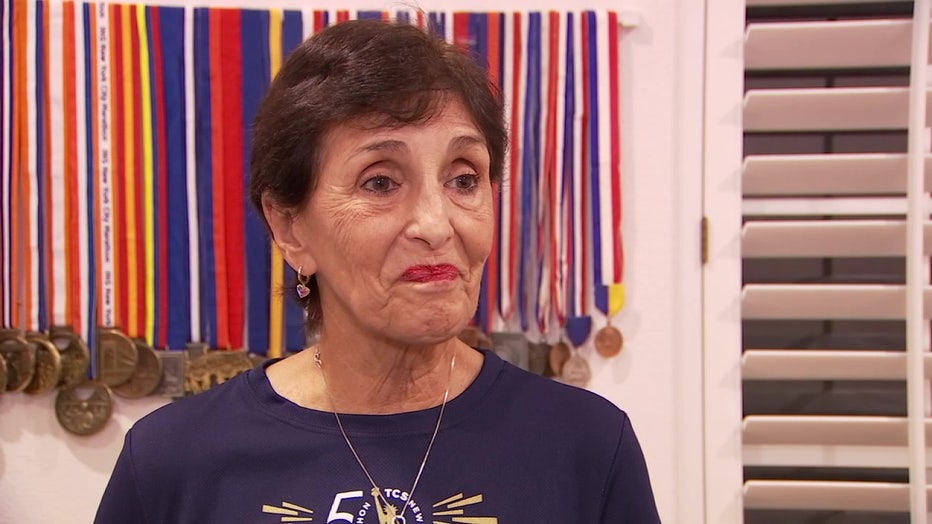 She's run in New York every fall, except 2012 when Hurricane Sandy canceled the marathon, and last year when COVID-19 forced the race to go virtual.

"Many times, you think, oh, this is so hard, but then you think of somebody who's going through something so much more challenging, and you say, how can I complain?" Brown said.

It's a race like none other -- 26.2 miles through five boroughs with tens of thousands of runners from around the world.

As long as she can put one foot in front of the other, Brown is sure she'll keep her streak going.

"There must be a plan somewhere that says that you're supposed to be in New York in November, so you know, you'd better get ready," Brown said. "I am grateful."

Brown finished the marathon in 6:39:53, lacing seventh in her age group. She's especially looking forward to the 2023 marathon which will be held on her 80th birthday.