Former Alaska Gov. Sarah Palin returned to a Manhattan courtroom after testing positive for COVID last week. She is suing the NY Times for libel.

NEW YORK (AP) - Former Alaska Gov. Sarah Palin was back in a New York City courtroom Thursday, more than a week after the start of a trial in her libel lawsuit against The New York Times was postponed because she tested positive for COVID-19.

After a jury was quickly selected, Palin attorney Shane Vogt told Manhattan federal court jurors in an opening statement to put aside their opinions about Palin and determine if the newspaper defamed her.

Palin will be the trial's star witness. She’s seeking unspecified damages based on claims that an editorial in the Times hurt her budding career as a political commentator.

"We come to this case with our eyes wide open and keenly aware of the fact we’re fighting an uphill battle," Vogt said. "Give us a fair shot. We’re not here trying to win your votes for Governor Palin or any of her policies." 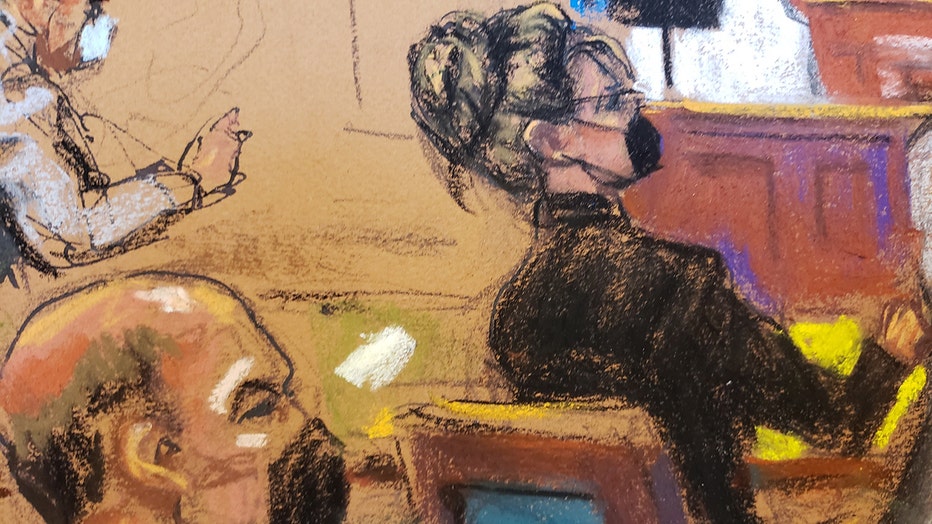 Former Alaska Governor Sarah Palin in a NYC courtroom for her libel lawsuit against the NY Times. (Jane Rosenberg)

David Axelrod, an attorney for the Times, said the editorial that led to Palin's lawsuit was not "a political hit job" and was about gun laws rather than Palin. He said there was no actual malice. He acknowledged the newspaper made a factual mistake in the editorial "and it acted as quickly as possible to correct that mistake."

A scrum of journalists surrounded Palin as she headed into the courthouse. Asked what she hoped to accomplish with her lawsuit, she said, "Justice for people who expect truth in the media."

A judge put off the trial last week to give an unvaccinated Palin time to get over any possible symptoms. Away from court, she caused a stir by being sighted dining out at an upscale Manhattan restaurant twice, both shortly before and after her positive test results were made public.

Palin, 57, has publicly said she won’t get the vaccine. 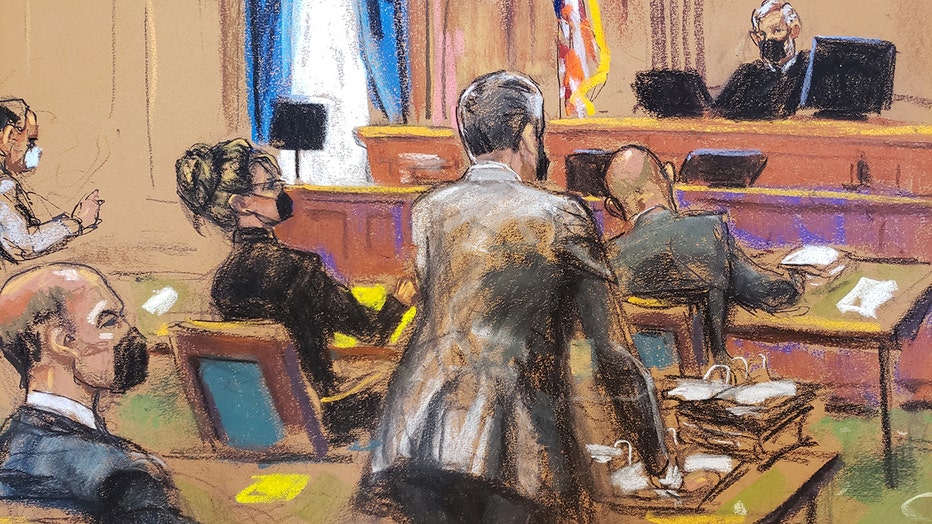 Former Alaska Governor Sarah Palin in a NYC courtroom for her libel lawsuit against the NY Times. (Jane Rosenberg)

The Republican's defamation case survived an initial dismissal that was reversed on appeal in 2019, setting the stage for a rare instance that a major news organization will have to defend itself against libel claims involving a public figure.

Palin sued the Times in 2017, accusing it of damaging her reputation with an editorial about gun control published after Louisiana U.S. Rep. Steve Scalise, also a Republican, was wounded when a man with a history of anti-GOP activity opened fire on a Congressional baseball team practice in Washington.

In the editorial, the Times wrote that before the 2011 mass shooting in an Arizona supermarket parking lot that severely wounded former U.S. Rep. Gabby Giffords and killed six others, Palin’s political action committee circulated a map of electoral districts that put Giffords and 19 other Democrats under stylized crosshairs.

In a correction two days later, The Times said the editorial had "incorrectly stated that a link existed between political rhetoric and the 2011 shooting" and that it had "incorrectly described" the map.

The disputed wording had been added to the editorial by James Bennet, then the editorial page editor. At trial, the jury would have to decide whether he acted with "actual malice," meaning he knew what he wrote was false, or with "reckless disregard" for the truth.

Bennet has said he believed the editorial was accurate when it was published.