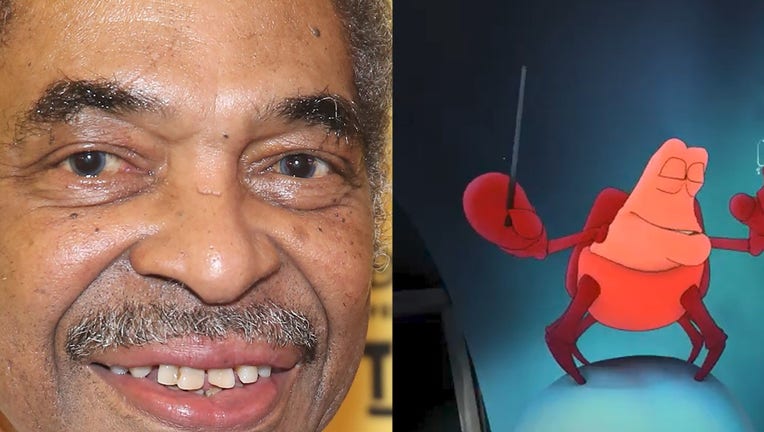 Samuel E. Wright attends the 20th Anniversary Performance of 'The Lion King' on Broadway After Party at The Minskoff Theatre on November 5, 2017 in New York City. (Photo by Walter McBride/WireImage)(Disney Junior via Getty Images)

Actor Samuel E. Wright, the recognizable voice behind Sebastian the crab in "The Little Mermaid," has died. He was 74.

Wright’s hometown of Montgomery, N.Y. sent the actor off in swell fashion on Tuesday when the town broke the news of his passing in a tribute shared to its Facebook page.

"Today, the Town of Montgomery mourns the loss of Sam Wright," the post reads and features a picture of Wright with Town Supervisor Brian Maher and his brother Patrick in Walden in the early 1990s. "Sam was an inspiration to us all and along with his family established the Hudson Valley Conservatory."

A white Rissos dolphin was spotted Friday by a group of whale watchers off the Southern California coastline.

Wright died peacefully Monday night at his home in Walden, New York, after a three-year battle with prostate cancer, his daughter Dee told The Hollywood Reporter (THR). "He was the brightest light," she said.

The rounded performer also held down theater work and other on-screen roles before Sebastian elevated him to stardom.

He appearing in the musicals "Jesus Christ Superstar," "Pippin" and played a hand in originating the part of Mufasa for the Tony-award winning "Lion King" musical.

Other roles include "Enos," "All My Children" and "The Cosby Show." Wright also co-starred with Forest Whitaker in the Clint Eastwood film, "Bird."

"On top of his passion for the arts and his love for his family, Sam was most known for walking into a room and simply providing PURE JOY to those he interacted with," the tribute maintained. "He loved to entertain, he loved to make people smile and laugh and he loved to love."

Wright captured the hearts of millions in 1989 when the world heard his voice as Sebastian in the beloved Disney flick.

Two of the show’s most popular jingles, "Under the Sea" and "Kiss the Girl" were each nominated for Oscar awards and "Under the Sea" took the Academy Award for best original song.

In addition to his roles in the "Little Mermaid" sequels, Wright also lent his voice to the Disney movie, "Dinosaur," in 2000.

Wright is survived by his wife, Amanda — they would have been married 49 years in June — and their children, Keely, Dee and Sam, THR said.