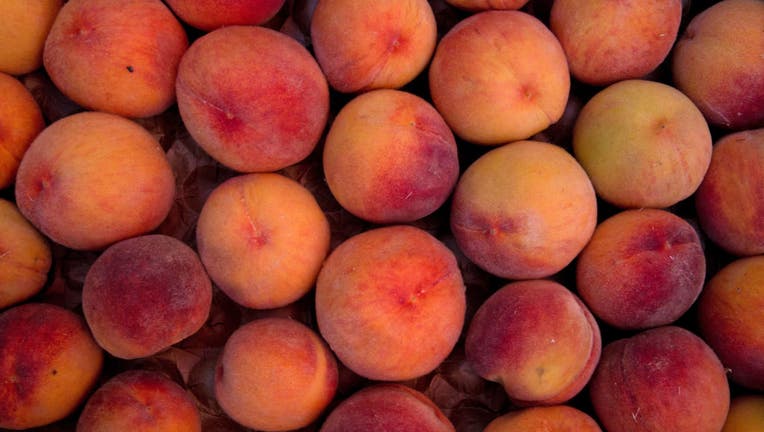 Peaches for sale at an extended Saturday agricultural fair by Crimean producers. (Photo by Sergei MalgavkoTASS via Getty Images)

A salmonella outbreak linked to peaches has expanded to 12 states with 78 illnesses, officials said.

The Centers for Disease Control and Prevention (CDC) updated its food safety alert on Thursday to account for the growing outbreak and recall of additional peaches and peach salsa. The federal agency is advising consumers to throw out recalled bagged or loose peaches supplied from Prima Wawona or Wawona Packing Company.

As of Thursday, the CDC reported 23 hospitalizations and no deaths linked to the outbreak. The states with the highest number of reported illnesses continue to be Minnesota and Michigan. States added in the update were Connecticut, Kentucky and Missouri.

Officials in Canada also previously issued a warning, saying the ongoing outbreak resulted in 33 illnesses in Ontario and Quebec.

Companies recalling the peaches, or products made with them, include Aldi, Food Lion, Hannaford, Kroger, Target, Walmart and Wegmans. The FDA said it is continuing its investigation to find other retailers who might have been sold the peaches.

A new development on Thursday listed Russ David Wholesale and its recall of peach salsa and gift baskets with the recalled peaches. The CDC said the “recalled peach salsa was sold under three brand names and labeled as ‘Perfectly Peach Salsa.’”

“If you have loose peaches and can’t tell where they’re from, throw them out,” the CDC advised.

Salmonella infections usually result in stomach cramps, fever and diarrhea up to six days after exposure. While most people recover without treatment, sometimes severe illnesses require hospitalization because the infection can spread from the intestines to the bloodstream and then elsewhere in the body.

The CDC recommends seeing your healthcare provider over concerning symptoms like high fever (above 102°F), blood in diarrhea and stool, or frequent vomiting.