Mom of murdered children speaks out after father arrested

On Wednesday, the children's mother spoke about what happened before she discovered her kids dead.

ROUND LAKE BEACH, Ill. - A Round Lake Beach father who was charged with drowning his three young children left a note to his wife at the crime scene reading, "If I can’t have them neither can you," prosecutors said Wednesday.

Karels is accused of killing his three children  — ages 5, 3 and 2 — in a bathtub Monday afternoon at his home in the 200 block of Camden Lane. The mother of the children found their dead bodies around 1:40 p.m. and called police.

Father charged with killing his 3 children in Round Lake Beach

Suburban police announced new information Tuesday regarding the murders of three children found dead in a Round Lake Beach home the day before.

When officers arrived on scene, the immediate person of interest was identified as Karels, who was missing.

Police broadcasted information to officers regarding what vehicle Karels may be driving, which was a red 2010 Nissan Maxima. Officers were able to find the car on Interstate 57 near 115th Street and attempted to make a traffic stop. That is when a chase ensued. 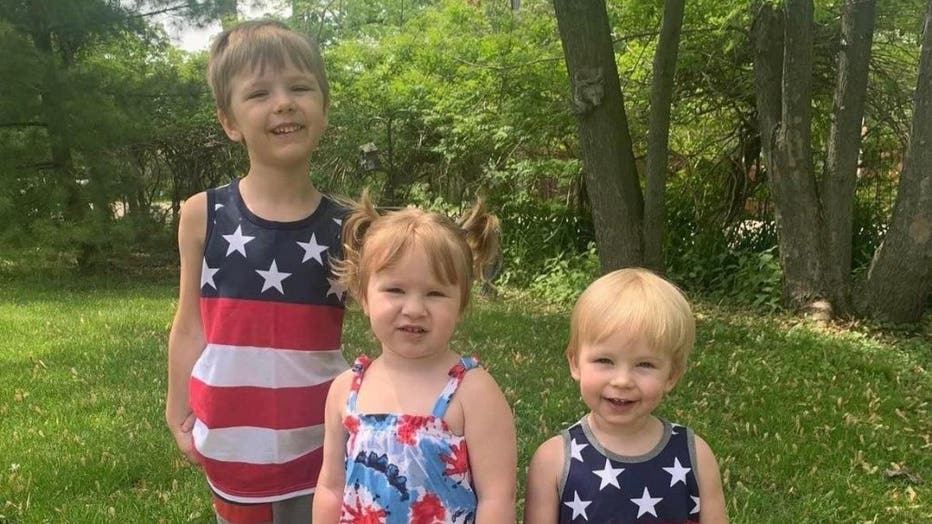 The chase came to an end when the father's vehicle crashed into a wooded area near Interstate 80 at Water Street in Joliet, police said.

Karels was transported to an area hospital with injuries, where he remained in custody overnight.

As Karels was being arrested, police said confessed to drowning the children one-by-one after their mother had dropped them off for the weekend — and that he tried to commit suicide several times after the children's deaths but failed.

Police say there was "a lot of blood" at the home where the murders occurred, but that the blood was not of the children. Police did not yet release details on how Karels tried to take his life.

Prosecutors said police on the scene found the letter inside Karels' home.

Suburban police announced new details Tuesday regarding the murders of three children found dead in a Round Lake Beach home the day before.

On Wednesday, the children's mother spoke about what happened before she discovered her kids dead.

Debra Karels had dropped the kids off for the weekend. She says she had moved out of the home a month before to file for divorce because she says Jason was mentally and emotionally abusive, had quit his job, and was playing video games 16 hours a day.

She said he struggled with ongoing mental health issues, but told her he'd never hurt the kids.

Autopsies conducted on the children determined the kids died from drowning, officials said. They were identified as 5-year-old Bryant, 3-year-old Cassidy and 2-year-old Gideon.

"This is a devastating case for our community, and we are resolved to achieve justice for these three innocent children," Lake County State's Attorney Eric Rinehart said in a statement. "First, we need to ensure that the defendant is not released pending trial considering the nature of the case and his flight. We have filed a motion asking he be held without bond."

Karels' condition was stable by Tuesday afternoon and he remained in police custody after being discharged from the hospital.

Rivera said the murders were an isolated incident that appeared to be "motivated by a domestic situation." Rivera was unable to detail any possible ongoing custody battle, or the state of the parents’ relationship besides that they were "estranged."

The father has no known criminal history, or history of drug use or mental illness, Rivera said.