NEW CITY, N.Y. - Authorities have arrested four men in connection with a fatal fire at an assisted living facility in Rockland County. A volunteer firefighter and a resident died in the fire.

A father and son, Nathaniel Sommer and Aaron Sommer, are both facing manslaughter, assault and arson charges in connection to the March 23 fire at the Evergreen Court Home for Adults in Spring Valley, according to Rockland County District Attorney Thomas Walsh. 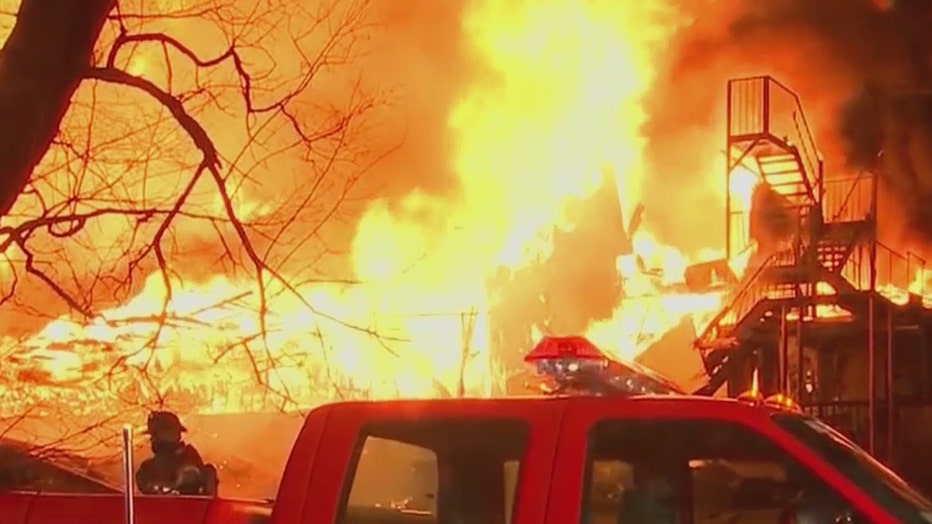 Arrest warrants have been issued for former Evergreen employees who face misdemeanor charges in connection with an alleged criminal act regarding a call that night to Rockland County 44, a fire watch service.

Spring Valley volunteer firefighter Jared Lloyd was killed in that massive fire. He collapsed as he attempted to rescue the more than 100 residents of the home. One of those residents, Oliver Hueston, 79, also died in the inferno.

Walsh said that his investigation is far from being over and more charges could be brought.

"Make no mistake — this investigation is not over and will continue into the events that led to this tragic catastrophe and underlying governmental malfeasance," Walsh said.

But when asked for more information, Walsh declined to elaborate.

"We don't want to get into any details until the matter has been presented to the grand jury and perhaps not even until the trial," he said.