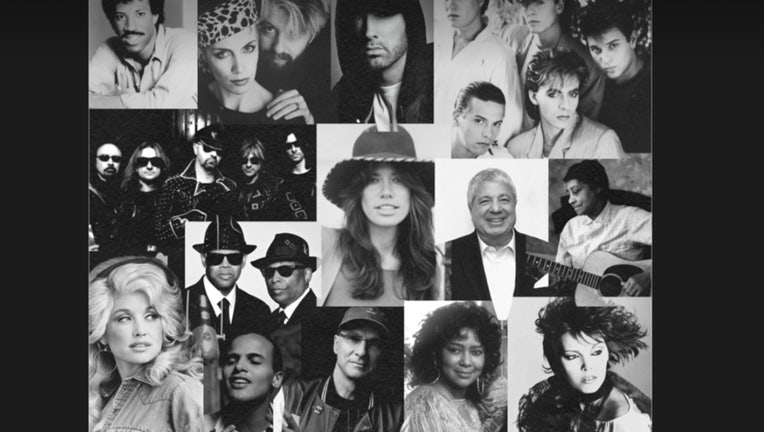 The Rock and Roll Hall of Fame has announced the artists for the 2022 induction.

Topping the list is Pat Benatar.  Benatar is going in with Neil Giraldo, her musical partner and husband since 1982.

Joining them are Duran Duran, Eminem, and the Eurythmics.

Country singer Dolly Parton is also going into the hall even though she has previously indicated that she didn't want the honor.

This was the first ballot nomination for Parton, who has already been elected into the Country Music Hall of Fame.

Also getting a nod this year are Lionel Richie, Carly Simon, Harry Belafonte, and Elizabeth Cotten.

Rob Halford of Judas Priest said, "This is just a beautiful moment."

The induction will be held on Saturday, November 5th in Los Angeles.  Details on tickets will be announced at a later date.

To be eligible for a Rock & Roll Hall of Fame nomination, the artist must have released their first commercial recording at least 25 years ago. More than a thousand artists, historians, and members of the music industry then vote