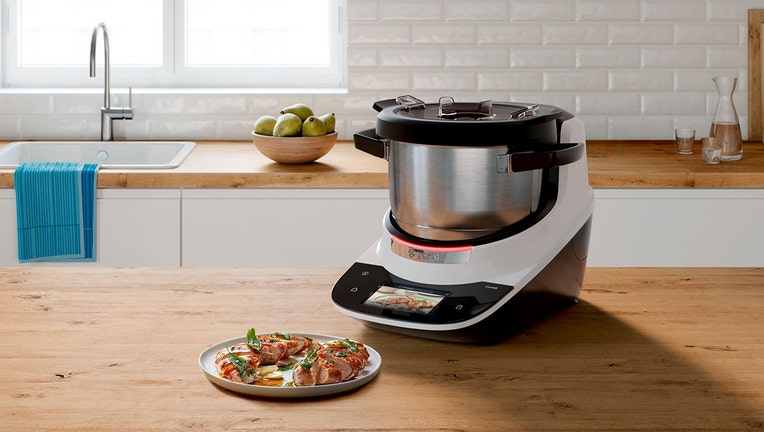 The Bosch Cookit uses digitalization to the home cook.  The unit has 27 functions built-in, from slicing to pureeing and braising to browning.

The unit has 140 recipes pre-programmed into its memory.  The machine works with Amazon's Alexa for people who want new recipes.  Once a user selected a new recipe, Alexa asks, "Should I start cooking?"

The machine has two sensors that constantly monitor the temperatures in the food processor's bowl, comparing it with the temperatures recommended for that ingredient.  The app allows it to be monitored remotely.

For example, water is boiled at full power, while milk is heated up more gradually.

Cookit is only currently available in Germany and Austria but is expected to be in other countries soon.

The Bosch device is expected to compete with the Thermomix TM6, which has been the leader in high-end countertop robot cooker.