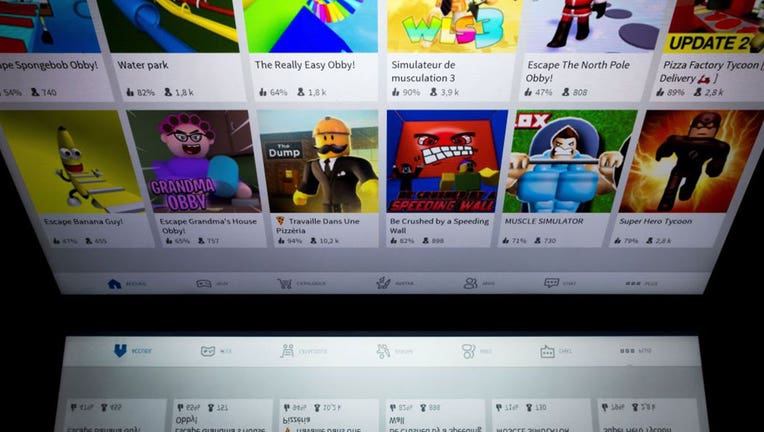 NEW YORK - Some teens using the popular online game-creation platform Roblox are engaging in sexual and inappropriate behavior online, according to a Fast Company investigation.

Roblox is an online gaming platform and creation system with 115 million monthly active users that has been praised for its efforts to keep young users safe while playing the game on Roblox's website.

The coronavirus pandemic has caused a spike Roblox's userbase and the amount of time gamers are spending on the platform amid lockdowns, with the number of active Roblox users jumping 35% in July, The New York Times reported Aug. 16.

But some of those users, many of whom are under 18, have exploited Roblox through a complex technique that allows them to play the game while being able to curse, upload inappropriate content and play the game in an entirely different way than it was intended, Fast Company found.

Users are able to do this by sharing their custom-designed Roblox content on third-party gaming ecosystems like Discord, according to the outlet. Discord and Roblox have different rules for users and how they communicate with each other, which makes it easier for Roblox users to exploit its rules outside the Roblox website.

"Roblox has no tolerance for inappropriate content or behavior on its platform," a Roblox spokesperson told FOX Business. "It is our responsibility to keep our platform safe, and we work relentlessly to create a safe, civil, and diverse community. We have a stringent safety system in place and a strict set of policies."

On its own platform, Roblox strictly enforces its own rules against explicit behavior and commentary with artificial intelligence and 1,600 human content moderators, according to Fast Company, but its ability to moderate ends outside the Roblox website.

The issue of young users engaging in inappropriate behavior stems from the fact that teens can play Roblox games on third-party platforms that have different communication rules.

Through these outside gaming systems, users can design Roblox games that resemble virtual house parties, nightclubs, sex dungeons and other event spaces — all generally referred to as "condos" — that hundreds of users frequent by the hour, Fast Company reported.

Many of those users design their avatars with disproportionately "exaggerated anatomies" and without clothes. They can swear, make sexual gestures and virtually drink and smoke.

There is a cash incentive, too. Those who create these virtual condos can charge others to attend their exclusive online gatherings. One 13-year-old creator told Fast Company that for months he has been developing a complicated (and quite impressive) business operation to develop his condos. He estimated that he makes $450 in Roblox currency, "Robux," every month.

Out of 17 Roblox users who made and participated in this kind of activity on Discord, 14 who operated condos themselves were between 14 and 17 years old, Fast Company found.

One 16-year-old condo operator said he takes it upon himself to regulate comments about genital mutilations, murders and rapes. Since February, teen Roblox gamers on Discord have banned at least a dozen users whom they suspected were under 12 years old and at least five users they suspected of being pedophiles, according to the outlet.

"No parent should have to worry that their child is seeing inappropriate content and we empathize with the challenges that families face in protecting their children online," a Discord spokesperson told FOX Business in a statement.  "Any channel with adult material is required to be restricted for users under 18."

Discord users must enter their birthdays to enter adult channels, the spokesperson said, and "any user who is found to have lied to gain access to those channels will be banned from Discord." The company encourages "any parent who believes their child has been exposed to inappropriate content" to contact Discord.

The Roblox spokesperson added that its platform moderators take "swift action (typically within minutes) to address any content or developer that violates [its] terms of use."

"As with any community, there are a small number of bad actors who attempt to undermine the rules, and we continue to evolve our platform and policies to combat this challenge," the spokesperson said.

Fast Company's report is based on four months of interviews with 46 different sources — 24 of whom were Roblox players, including 13 Roblox condo operators — and an analysis of 30 different Discord servers.